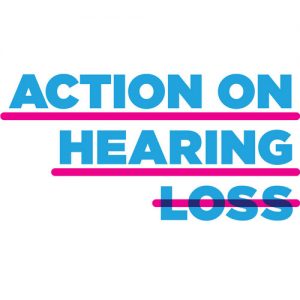 New research funded by charity Action on Hearing Loss suggests that tinnitus can be eliminated by blocking signals between the ear and brain, offering hope to suffers that a cure is within reach, with prolonged exposure to loud music or working in a noisy environment often the main reasons why people are affected by the distressing condition.

One in ten people in the UK are affected by tinnitus everyday – ranging from a light buzzing to a constant roar in the ears and head – which can have a detrimental effect on quality of life from problems sleeping to being able to concentrate at work, and it can lead to depression and disruption to everyday family life.

Researchers at the University of Western Australia treated guinea pigs with a drug called furosemide one week after tinnitus had been triggered by exposure to loud noise. The drug treatment lowered the activity of the auditory nerve, reduced neural hyperactivity in a specific part of the brain that processes sound and crucially the animals treated with the drug no longer displayed signs of tinnitus.

Dr Helmy Mulders who led the research said: ‘Studies in human tinnitus sufferers are still needed to confirm our results and to establish whether or not this approach will be effective for people who have had tinnitus for a long time, but our research shows that lowering the activity of the auditory nerve may be a promising approach to treating recently triggered tinnitus.’

Dr Ralph Holme, Head of Biomedical Research at Action on Hearing Loss said: ‘There are practical steps people can take to manage their tinnitus, but what people who suffer from tinnitus want the most is a cure to silence the noise. The research we have funded takes us a step closer to this goal.

‘We will continue to fund research into treatments, and offer support to people who suffer. As the music festival season approaches, I’d urge music lovers to wear ear defenders and avoid dangerously high volumes on personal music players, which can lead to tinnitus.’

About Action on Hearing Loss

Action on Hearing Loss is the charity working for a world where hearing loss doesn’t limit or label people, where tinnitus is silenced – and where people value and look after their hearing. www.actiononhearingloss.org.uk