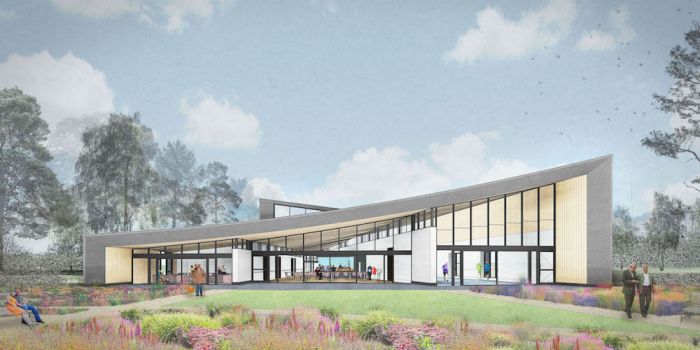 Edinburgh-based Royal Blind and Scottish War Blinded are expanding their services this autumn, with exciting new projects launching on the west coast. We found out more about what’s coming up

Royal Blind is one of Scotland’s oldest charities, founded in 1793. After over two centuries in operation, the organisation is expanding its reach, with a brand new care home opening in Paisley this October.

“We currently run the only care home in the whole of Scotland that specialises in caring for visually impaired older people, and that’s in Edinburgh,” explains Davina Shiell, Royal Blind’s marketing and fundraising manager. “We’re replicating that model in the west of Scotland, so that will be the second specialist care home for visually impaired people. People who tend to go into care homes are elderly, and a lot of elderly people have sight loss.”

Named Jenny’s Well, the facility has been specially designed with sight loss in mind, with careful attention being paid to layout, lighting and furniture. It’s open to self-funding residents and those through social services, and the organisation hope to be moving in their first residents to the 54-bed care home from 1 October.

On the same site, sister charity Scottish War Blinded will be opening a new activity centre, the Hawkhead Centre (pictured above) – a day service for veterans who have lost their sight, either during service or after. The centre will be open to any veteran with sight loss or a visual impairment, as long as they’re a member of Scottish War Blinded – and signing up is really straightforward.

“Scottish War Blinded is building an activity and support centre, which is only open during the day for activities, rehabilitation, independence and skills for veterans who are living with sight loss,” Davina explains. “We’ve got a place called the Linburn Centre in West Lothian, near Edinburgh, and we wanted to be able to create a facility for veterans in the west of Scotland as well.”

With both projects, the charities have worked closely with current service users to ensure that the final results will meet their needs, helping to select furniture and make recommendations around layout. As well as offering fantastic services for people in the west of the country, the centres are going to be creating 150 jobs – fantastic news for the local community.

The two builds on the Paisley site are now nearing completion, and the team are hoping to host open days this summer ahead of its opening, where potential residents can head along to check out the facilities and meet the team.

“You can see the building is emerging – it’s all looking very beautiful,” Davina says of the buildings’ progress. “The care home is very spacious – lovely and light and airy. The grounds that the whole project is based on are very nice, there are some mature trees there, the surrounding area will be great for everyone that’s there.”

To find out more about Jenny’s Well and the Hawkhead Centre, head to www.royalblind.org/paisley.

INTERVIEW: The government should not overlook the importance of care PAs at this time