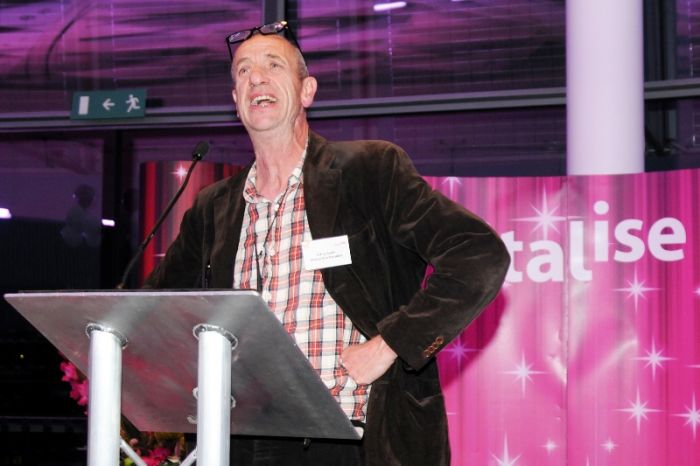 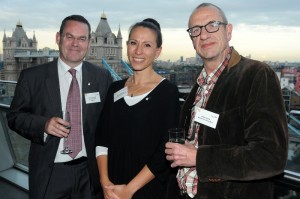 Among the specially invited guests at the event were long-serving supporters, fundraisers, volunteers and disabled service users of Vitalise with their carers, alongside the charity’s trustees and staff.

In a fitting culmination to the event, long-serving volunteers, supporters and staff of Vitalise were presented with special surprise Gold Awards in recognition of their sustained commitment to the charity.

“It is wonderful to see so many friends here to celebrate Vitalise’s 50th anniversary. We provide over 4,500 breaks for people with disabilities across our three centres each year, but we’re not just a hotel – nor are we just a care facility. We transform the lives of individuals and families who face the daily challenge of giving – and receiving – care. 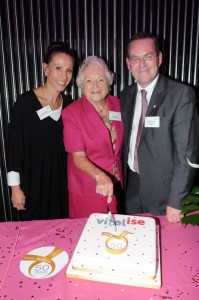 Many of the societal problems we face are more intractable than they were in 1963 when Vitalise was formed. From the discrimination that many disabled people encounter to being cut-off from their communities. Endless days without a single moment of another person’s presence. Lack of access to employment. Lack of access to high quality care. Lack of respect. Lack of respite. These are big challenges. So big, that sometimes it feels overwhelming. How on earth do you make a difference to all of that?

Every person in this room, and many thousands outside it, with our time, our skills, our money, together, every single day, we are making a practical, imaginative, and tangible contribution to these big challenges. If the past 50 years have shown us anything, they’ve shown us that it doesn’t do to underestimate this alliance of guests, carers, staff, volunteers and supporters.”

The gala was the culmination of a year of special celebrations across Vitalise, marking five decades of supporting people with disabilities and carers.

Each of Vitalise’s three centres hosted a special anniversary open day in July to commemorate the month of the charity’s foundation in 1963. In addition, Samantha Cameron was announced as Vitalise’s new Patron in the same month.

The assembled guests were entertained by a trio of disabled musicians from the charity Drake Music, which uses assistive music technology to break down disabling barriers to music making.

Vitalise is a national charity providing essential respite breaks for people with disabilities – including Alzheimer’s and dementia – and carers at three accessible centres in Chigwell, Southampton and Southport, with 24-hour nursing care on-call, personal support and a range of accessible excursions, activities and entertainment.

Find out more about Vitalise at www.vitalise.org.uk

2 out of 3 families feel they have ‘no control’