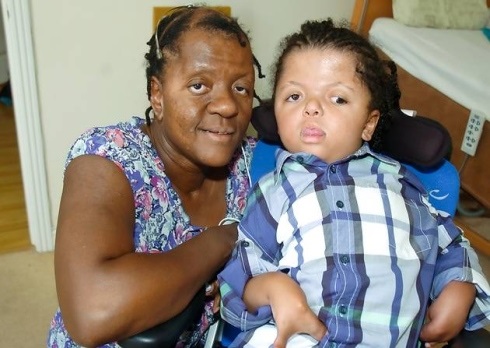 A mum of a disabled child, who has a rare genetic disorder herself, is launching a new initiative to help others in similar situations.

The organisation aims to help and support families within the South West of the UK who are facing acute challenges due to illness.

Kaddy says: “I am passionate about supporting children, young people and their families who have disabilities. When we were forming the company we very much wanted to include people who are experiencing ill health. For me the only way to do this was to establish my own organisation.”

Elijah has Apert Syndrome, a congenital disorder characterised by deformities of the skull, face, hands and feet.

Aged just one, Elijah underwent surgery to treat the rare genetic condition. He later developed an infection at the wound site, which left him with severe brain damage.

He is wheelchair-bound and also has brittle bones caused by osteoporosis, a cleft palate, which affects his speech and breathing, and epilepsy.

The condition is hereditary, and something that Kaddy also has, although she is largely able to live a healthy life herself.

Kaddy says: “Having disability and ill health within my own family, I know first-hand the many battles and struggles which are faced on a day-to-day basis. That’s why it’s so important that these families are given the support and guidance they need.”

She adds that her son is her main inspiration. “Elijah is a strong, brave and courageous young boy who, despite what he has been through, continues to amaze me.”

The CIC will officially open on March 24, Elijah’s eighth birthday. Kaddy aims to provide information packs and regular newsletters to share information about disabled services in the area, as well as luncheon clubs for parents and children, peer support, and workshops for families.

She will also hold postural care awareness days later in the year in south Gloucestershire, Bristol, Taunton, Devon and Cornwall.

Apert Syndrome affects less than one in 150,000 people. It commonly results in an abnormally shaped head and face. This occurs when the developing bones of the skull fuse together too early, meaning the brain does not have room to grow properly.