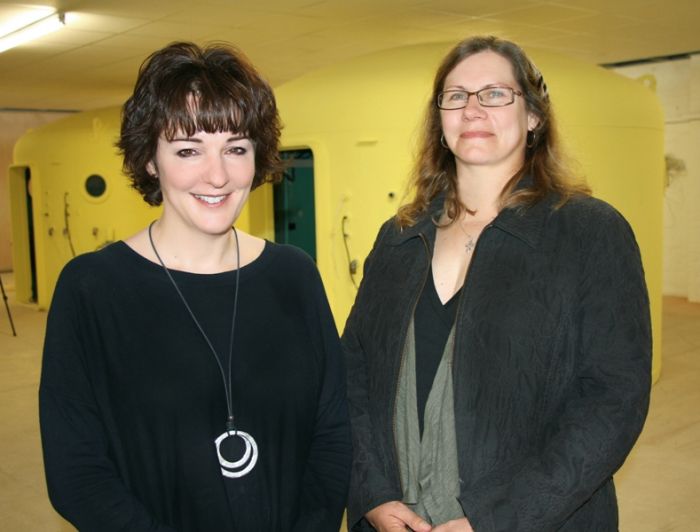 The West Yorkshire Multiple Sclerosis Therapy Centre (MS Therapy) which has been closed since January has secured new premises and is scheduled to re-open in June thanks to the help of SM Commercial.

The charity was forced to shut in the aftermath of a substantial fire last September which caused mass destruction at the Leeds Road site it shared with Airedale International Air Conditioning.

“Although the unit we occupied wasn’t destroyed we were told that we couldn’t stay on the site while the rebuilding works went on over fears it would be unsafe for us and our clients,” says MS Centre Manager, Joanne Goodwin. “Although Airedale has been incredibly supportive and helped considerably with moving costs, we were all devastated by the news.”

MS Therapy treats around 150 individuals every week and provides a range of self-help treatments and management therapies for people of all age groups who suffer from Multiple Sclerosis (MS) and other conditions including cancer, cerebral palsy and other debilitating conditions and neurological illnesses. The centre offers Reiki, physiotherapy, reflexology, Tai Chi and Pilates but is perhaps best known for providing oxygen therapy that can helpease the symptoms of Multiple Sclerosis.

Finding suitable new premises presented several challenges: The new centre needed to be on one level and spacious enough to accommodate two large oxygen chambers and other sizable equipment. It also needed to be within easy reach of service users.

travelling to see us on Leeds Road, so it was quite a daunting task,” says Joanne. “We knew the temporary closure would have a devastating impact on our clients and their carers who come to us both for treatments and to share the problems they face with others who are going through the same thing. Without us, many feel very isolated.”

Airedale International Air Conditioning had to find a temporary site for its own operations and, during that search, alerted the charity to an available warehouse at the Olympia Trading Estate on Gelderd Road. The empty facility offered almost 6,000 square feet – perfect for MS Therapy’s needs.

Deborah Powell is Head of SM Commercial in Leeds and specialises in Commercial Property work. She managed the lease negotiations on behalf of MS Therapy and  helped MS Therapy with their application for planning permission for change of use.

Jo and her team gave Deborah a guided tour of their old centre so that she had a clear understanding of the charity’s work, the impact of the temporary closure, and the magnitude of the equipment that would need housing in a new building.

“It was important to us that Deborah understood our needs and how essential it was that all inspections and legalities were completed in a timely manner. The sooner we were able to move into our new home the better for the people we support, but we also needed to secure the best possible deal,” explains Joanne.

“Deborah was able to see for herself the lifeline that we provide to so many vulnerable adults and children, and the impact it would have on them every single day we had to close. Solicitors can be intimidating but not Deborah – she’s friendly, approachable and accessible. She really ‘got’ us and understood why we were so upset. We couldn’t have asked for more.”

Jo says that working with Deborah alleviated some of the strain of the move.

“Each time new obstacles presented themselves, Deborah just sorted them out. If I needed to get hold of her when she was in a meeting she’d ring me back straight away – and she went above and beyond to the point that she even helped project manage the removal and installation of the oxygen chambers. I can’t begin to count the number of occasions we’ve wondered out loud what on earth we’d have done without her.

“It has been a very difficult and emotional time for all concerned. But I’d like to thank Airedale International Air Conditioning with whom we’ve had a long association for their continued support. Now the hard work of applying for funding and asking the local community for support begins,” says Joanne.

The charity is asking for help in the form of donations and sponsorship so that it can meet the target of opening on in June.

Says Deborah: “I was glad to be able to help such a fantastic organisation and make life just a little easier for everyone involved. Moving is stressful at the best of times, but even more so when it is out of such urgent necessity. I’m confident that the new centre will serve visitors extremely well and, with such easy access from the M62, continue to provide the help and support that is needed. The West Yorkshire MS Therapy Centrewill benefit so many adults and children in the region.”

The new MS Therapy Centre will be based in Unit 3A, Olympia Trading Estate, Gelderd Lane, Leeds LS12 6AL.

Life outside the medical ward

Life changing drugs out of reach for many, fears MS Society