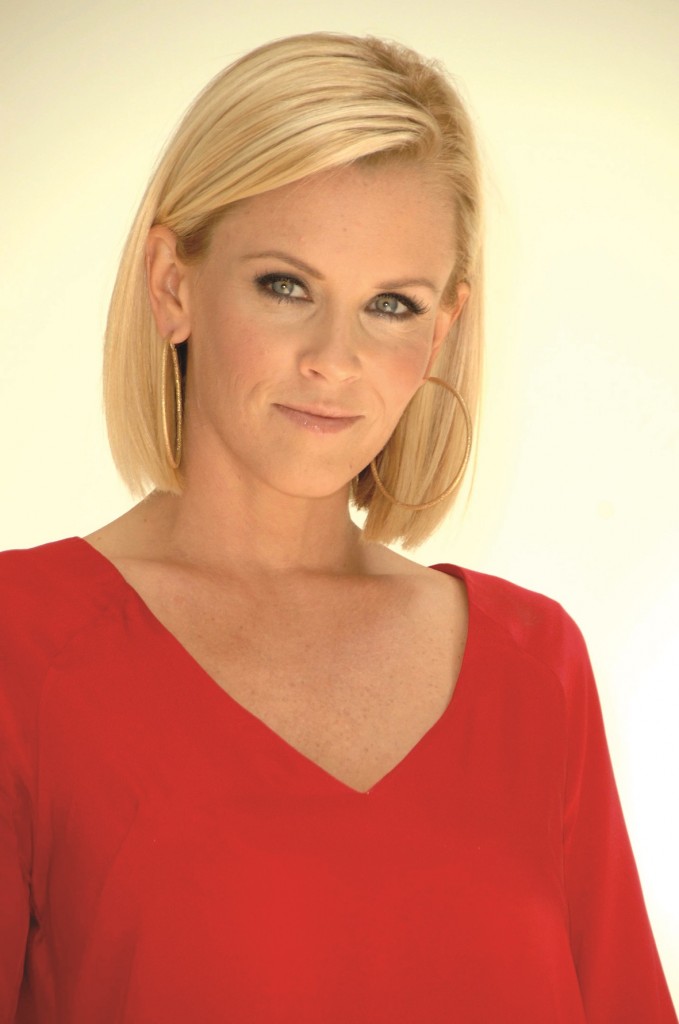 She’s one of the busiest women in Hollywood, working as a model, actress, comedian, author of eight books and talk show host. So how did it feel for A-lister Jenny McCarthy when her son Evan, now 11, was diagnosed with autism? The star opens up in an incredibly honest interview with Enable, talking about her family’s autism journey and why she’s lending her support to US charity Generation Rescue.

Jenny McCarthy is a Hollywood staple. The Chicago-born, multi-talented star has cropped up everywhere from the pages of Playboy magazine to Two and a Half Men, but it’s been her personal life that’s really made her hit the headlines. From her high-profile relationship with Jim Carrey to controversial comments in the media, the US tabloids cannot get enough of Ms McCarthy.

It was in 2005, however, that Jenny’s Hollywood life was turned upside down when her son Evan, now 11, was diagnosed with autism at the age of two.

“When Evan was diagnosed, I was told that there was nothing that could be done, and honestly, I died in that moment,” Jenny tells Enable. “But I knew deep down that Evan had huge potential and soon began to realise the extent of my own determination as a ‘Mother Warrior’ – and I vowed I would stop at nothing to help him.”

Like so many other parents of children on the autism spectrum, Jenny started looking for help. Not to be put off by doctors’ negative attitudes, she took to the web and got searching.

One of the first stops on Jenny’s mission to find help was a website called Generation Rescue. Founded in 2004 by JB and Lisa Handley following their son’s diagnosis with autism, the charity connects parents of children with autism, letting them share their experiences and support one another as they deal with diagnosis and beyond.

“Generation Rescue educates, supports, advocates and truly empowers families affected by autism to achieve a better quality of life today and encourages healthy choices for future generations,” explains a spokesperson for the charity. “We currently help more than 25,000 families affected by autism spectrum disorders – offering programs nationwide in the US that deliver services on a local level, and providing mentors in 39 countries around the world. As an organisation, we have a number of great ways to support families including more than 1,300 volunteer parent mentors, our ‘Rescue Angels’, a toll-free hotline, and an informative website with tips for accessing autism-related resources. We encourage families to visit www.generationrescue.org to learn about the many ways that Generation Rescue can support them.”

It’s perhaps autism which has proven to be the most controversial aspect of Jenny’s life – no mean feat when you’re a former Playmate of the Month. Following Evan’s diagnosis in 2005, Jenny started to speak up about what she thought was to blame for Evan’s autism – environmental factors, including vaccinations.

In 1998, a report was published in medical journal The Lancet, linking autism to the MMR (measles, mumps and rubella) vaccination. Despite evidence published since to prove otherwise, and flaws found in the original research, Jenny maintains that Evan’s behaviour changed dramatically following his own vaccinations, and campaigns strongly against immunisation for young children – something which has sent shockwaves throughout the autism community.

Divisive views aside, one thing stands out about Jenny – her unwavering love for her son and her determination to find the best support possible for him.

“I sought out all the information I could, spending hours doing research on the Internet,” she recalls. “Generation Rescue provided extensive information on treating the underlying symptoms of autism. I began implementing a gluten and casein-free specialised diet, and within weeks I saw a dramatic change. I began adding supplements and nutrients to his regimen and more incredible growth began to take shape. Evan began to regain the language skills he had lost and connect with me and his surroundings in a way he never had before. I made a promise that if I found a way to help Evan, that I would pay it forward and tell other parents how to help their children too.”

Which is why Jenny is now heavily involved with Generation Rescue’s work worldwide. Encouraged by the organisation’s positive attitude, Jenny decided to continue this work. As the face of the charity, she hosts fundraisers, raises awareness for autism spectrum disorders, speaks about the charity’s work and works with other parents. She says: “Generation Rescue was the first resource I found that provided hope as well as actionable information to treat my son.”

Despite what doctors warned Jenny, Evan has come on leaps and bounds with a bit of intervention and help from his mother. Today, he’s in a mainstream school, has plenty of friends and communicating freely.

“Generation Rescue is a phenomenal organisation,” Jenny enthuses. “Through their programmes, I learned how to treat the underlying symptoms of Evan’s autism. In addition to treatment, Generation Rescue also provided research, doctor referrals, and hope. He went from non-verbal to a chatter box, from intensive special education classes to mainstream schooling. Evan now has friends and from the outside, he is a normal boy.”

Having been through it all herself, and seen the progress her own son has made, what would Jenny’s advice be to other parents starting to go through the autism diagnosis process?

“First of all, a diagnosis is not a death sentence,” she says firmly. “You have options.  The best thing a family can do is get informed and learn as much as you can.  Generation Rescue is a great place to start. From there, you can build a treatment and management plan.”

Generation Rescue is a US-based charity operating globally, which offers support and advice to families affected by autism spectrum disorders. For more information on their work, head to www.generationrescue.org.

It’s time to cook with The Children’s Trust

Volunteers Week 2021: Thines Ganeshamoorthy on using his voice to change the future for disabled people