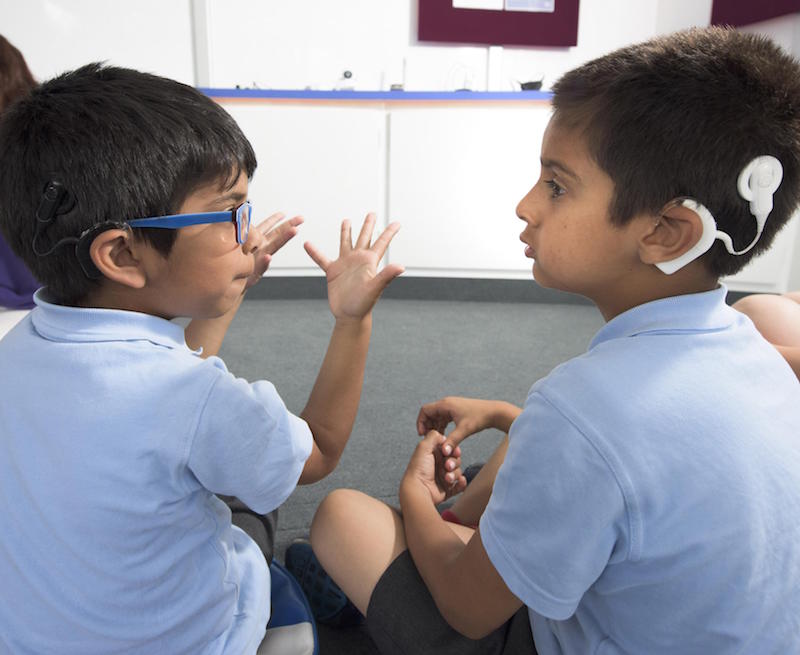 12.7 million people in the UK would like to learn sign language, a new survey by the National Deaf Children’s Society reveals – with more Brits wanting to be able to communicate in sign language than in French and German.

British Sign language is a language in its own right and uses handshapes, facial expressions, gestures and body language to convey meaning. It is the first language of some deaf people and is used in addition to spoken English by others.

The survey found that:

The survey results will be welcomed by deaf children and young people who use sign language either as their first language or as a support to spoken English.  A lack of deaf awareness can be a problem for all deaf children, whether they use sign language or not, often leading to isolation and loneliness at school.  Nearly 80% of deaf children in England attend mainstream schools where they may be the only deaf child enrolled – without good deaf awareness they can miss out on important social development like conversations with classmates and playground games.

To kick-start the nation’s introduction to sign language and deaf awareness, the National Deaf Children’s Society is today launching the ‘Fingerspellathon’ challenge, which calls on people to learn to sign the alphabet and get sponsored to fingerspell certain key words.

“It is so important that deaf children and young people do not miss out on conversations, activities and opportunities to make new friends.  Raising deaf awareness is key to this and the Fingerspellathon is an excellent way of showing support, learning a new skill and raising vital funds to support deaf children and their families.”

Campaign for British Sign Language to become a GCSE underway