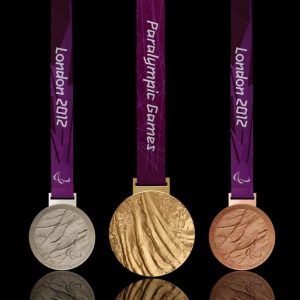 The ParalympicsGB team at the London 2012 Games surpassed its Beijing total, achieving part of its numerical target as set by UK Sport, when swimmer Heather Frederiksen won silver in the S8 100m Freestyle tonight (Thursday).

The numerical target was to win 103 medals – one more than in Beijing.

“I am delighted that we have succeeded in this aim with three days of competition still to go,” said ParalympicsGB chef de mission Craig Hunter. “It is testament to the talent, dedication and skill of the athletes who make up the team as well as to their support staff and to the funding we receive from the National Lottery and commercial partners.”

ParalympicsGB has also achieved its secondary target which was to win “more medals across more sports than in 2008”.

At these Games, the team has won medals so far in the sports of Archery, Athletics, Boccia, Cycling, Equestrian, Judo, Powerlifting, Rowing, Sailing, Shooting, Swimming, Table Tennis and Wheelchair Tennis – 13 in total compared to 11 sports in Beijing.

“The final target remains to finish second overall in the medal table. We know that this will be a close run thing with three more days to go. As we predicted, China has proven to be untouchable at the head of the table. Russia are proving to be very powerful as are the USA, Ukraine, Australia and other nations who are all still in the mix,” added Hunter.