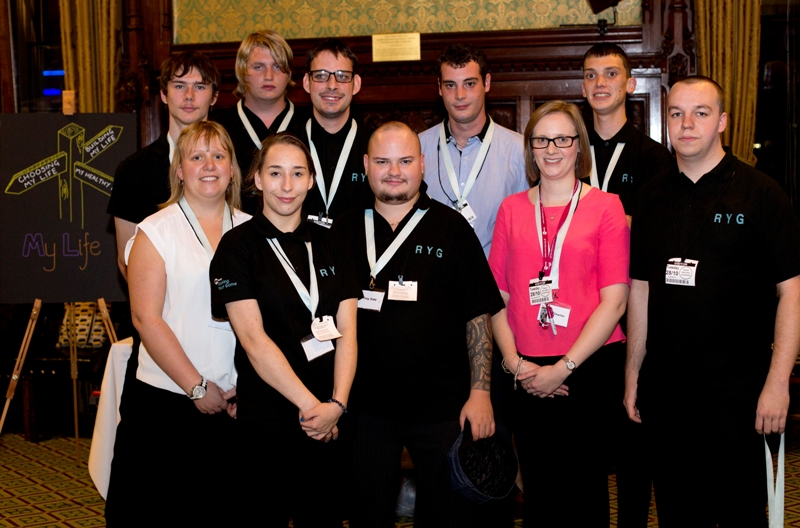 Robert Buckland MP, Solicitor General, and Lord Ramsbotham, the former Chief Inspector of Prisons, spoke out at yesterday’s Parliamentary event in the House of Commons to address why people with a learning disability and communication difficulties are significantly over-represented in the criminal justice system.

The event was in aid of Raising Your Game, a five-year project led by Mencap in partnership with I CAN and Nacro. Government reviews and academic research have previously found that there is a widespread lack of awareness of the issues faced by people with a learning disability and communication difficulties in the Criminal Justice System, which could cause them to re-offend due to a lack of support.

The project outcomes have fallen into three key areas:

Raising Your Game had over 2,700 young people aged between 14-25 years with a learning disability and communication difficulties at the centre of its work. The project engaged young people in innovative ways through taking part in positive activities which developed their confidence and skills. This allowed them to take part in decision making for services which affected their lives and to participate more fully in society.

At the event the Minister, Robert Buckland MP, and Lord Ramsbotham were joined by young people who had taken part in the project and professionals from across justice, education and voluntary sectors.

“The purpose of the Criminal Justice System should be to rehabilitate people back into society and give them the best chance of succeeding in life. Sadly young people with a learning disability and communication difficulties are being let down by professionals in the Criminal Justice System who do not understand the complex needs some individuals have, causing many to re-offend due to a lack of support. Fortunately Raising Your Game has begun to address this issue and shown how sufficient training and awareness can dramatically improve the prospects of those with a learning disability or communication difficulty.

“The significant over-representation of people with a learning disability and communication difficulties in the Criminal Justice System cannot be ignored. Through no fault of their own young offenders with a learning disability or communication difficulty are not getting the support they badly need to manage their way through the complicated justice process, and are becoming lost in the system.”

“I’m delighted Raising Your Game has made policy makers aware of the small adjustments needed to ensure our justice system does not cause individuals to be trapped, however more needs to be done to roll these recommendations out more widely”

John, one of the young people involved in Raising Your Game said:

“My life was very difficult. My mother and step-father were drug and alcohol abusers. Since 16 I have been sleeping rough, sofa surfing and doing stupid crime to get by. I was under probation but after this ended my entire support network was gone.

“Luckily I got involved in Raising Your Game and I’m now getting the support I need and I feel a lot better in myself. Probation are helping me with a moving on plan. I’ve started sailing and volunteering with young people to teach them how to run a sailing boat. In the future I want to support young people as a paid job and have a safe and stable place to live.”

“Our Talk about Talk training sessions were delivered to employers and professionals in the justice system to ensure they understand communication difficulties and can change the way they interact with young people. Given that 60- 90% of young people involved in offending have poor communication we know that increased awareness of young people’s communication difficulties is desperately needed. The need extends further, with up to 75% of pupils in some secondary schools in areas of deprivation having poor communication skills – we have already started working with youth and employer organisations to ensure this effective programme is rolled out as widely as possible.

“For young people themselves, being involved in Talk about Talk made a statistically significant difference to their communication skills and they became confident in presenting and in speaking clearly.  Raising Your Game and Talk about Talk has not only helped to improve the prospects of young people with a learning disability and communication difficulties but has also meant that a wide number of organisations are now able to support them. We at I CAN will be continuing this work with many more organisations and young people in different parts of the country.”

“Raising Your Game has allowed us to hear the voices of these young people tell us about their experiences of the criminal justice system. The work of the programme has helped young people grow in confidence and to speak out about the issues that matter to them the most.

“Without the right support, young people with a learning disability or communication difficulties are at a higher risk of offending. Raising Your Game has highlighted the importance of those working in the Criminal Justice System having the right knowledge and skills to support young people and to help them to make positive choices for their futures.”