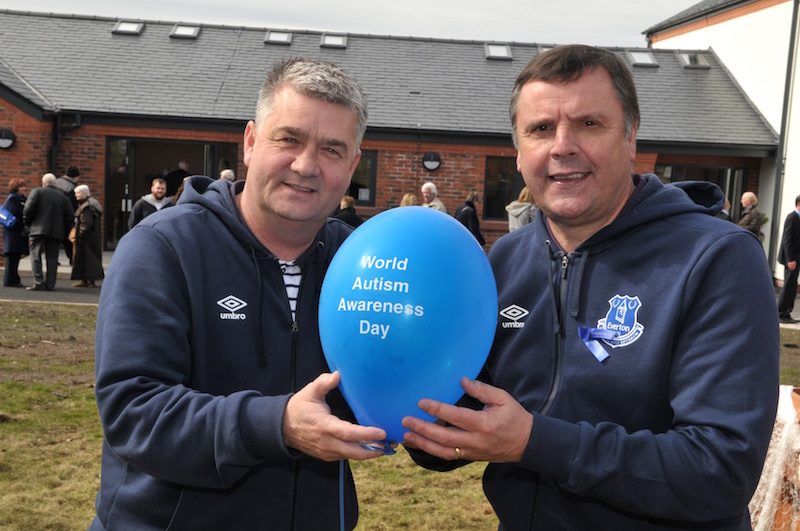 The Willows, a state-of-the-art home for people with severe autism has been officially opened by HM Lord-Lieutenant of Merseyside, Dame Lorna Muirhead DBE, on World Autism Awareness Day, 2 April 2015.

The million pound development, on Wirral Autistic Society’s (WAS) Raby Hall site in Bromborough, has been funded by a two-year long Lifetime Appeal.

WAS is a multi-award-winning charity employing 800 staff across Merseyside and supporting more than 300 people with autism and complex needs.  In 2011 the charity opened the UK’s first purpose built respite centre for adults with autism at Raby Hall.  The new developments are part of a ten-year strategy to completely modernise the site.

Dame Lorna commented that opening the unit was a real treat and that a great deal of thought had gone into its design.  She said, “When I was a young nurse autism wasn’t even identified.  Parents then had to just soldier on.  We know so much more now but it’s still a constant challenge today.”

‘Get your blue on’ events

To mark World Autism Awareness Day, with its official colour of blue, Wirral Autistic Society had asked families, schools and buildings across the region to ‘Get your blue on’.  Hundreds of blue balloons were released after the official opening of the Willows, with the help of Everton FC Club Ambassadors Graeme Sharp and Ian Snodin.  During the evening, landmark buildings across Wirral and Merseyside lit up blue to mark the day including: Goodison Park, Birkenhead and Wallasey town halls and three lighthouses along the Wirral coast.

Wirral Autistic Society:  A multi award-winning autism charity founded in 1968, employing more than 800 people in Merseyside and caring for and supporting more than 300 people with autism and social communication difficulties.  It offers specialist support services for families and children, residential care, respite care and supported living and a wide range of day services.  In 2015 WAS has won a National Autistic Society award for its outstanding adult services and a Laing Buisson Independent Specialist Care Award for its garden centre and landscaping service. www.wirral.autistic.org