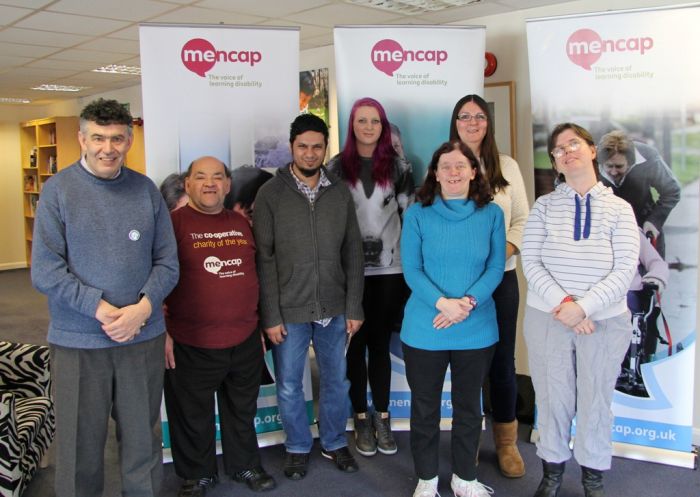 Jessica-Jane spent the day meeting with Mencap employees and was interviewed by a number of people with a learning disability.

Jessica-Jane Applegate MBE visited the Royal Mencap Society’s National Centre on Friday 14 March to be officially announced as a Mencap ambassador. As a Paralympic gold medal winning athlete with a learning disability, she hopes to use her status to raise awareness of learning disability issues in sport to a wider audience.

Jessica won Gold in the 200m freestyle event at the London 2012 Paralympics, and competes in the S14 category for athletes with a learning disability. 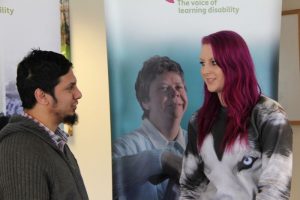 “Everyone at Mencap is delighted to welcome Jessica-Jane as one of our ambassadors. One of the first competitions that she competed in was Mencap’s annual swimming championships, and it’s been such a joy to see her go on to win Gold at the Paralympics. She is an excellent role model for all young athletes and has shown how people with a learning disability can achieve the same sporting successes as anyone else”

Jessica’s work with Mencap began when she started to attend and support the ‘Mencap Mile’, a mass participation swim-a-thon that takes place every year at Eton Dorney, the purpose built rowing lake for the 2012 Olympic Games. Jessica has been there to offer support, guidance and motivation for those taking part and to present the medal ceremony. She will again be actively involved in this year’s event, ‘Swim Mencap’, which will be taking place at Dorney Lake on Sunday 20 July 2014.

Jessica-Jane Applegate is a 17 year old member of Great Britain’s Paralympic team. She competes in the S14 Category for athletes with a learning disability, and her main event is the 200m freestyle. She has won medals at the 2012 London Paralympics, the IPC World Swimming Championships and the British International Swimming Disability Championships. In the 2013 New Years Honours list she was appointed Member of the Order of the British Empire.