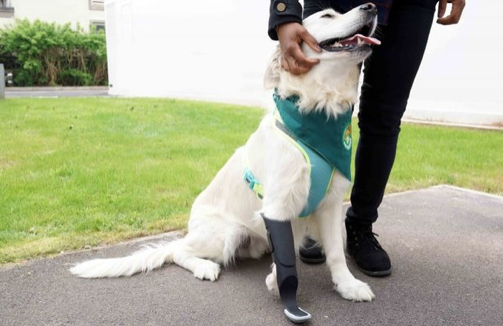 The advancements being made with prosthetics and technology are incredible, from bionic limbs helping kids walk again to electric skin. But what about our furry friends? Prosthetics for pets are becoming more advanced as well and recently, a Welsh company has used 3D printing to make a bespoke prosthetic legs for one lucky pup.

Irish retriever Duke was born with a defect in his front right leg meaning that he couldn’t walk properly. He was found abandoned by the Irish Retriever Rescue charity with his paw deformed and bleeding. After being taken to the pound and rehomed with the Brown family, he faced having his leg amputated. 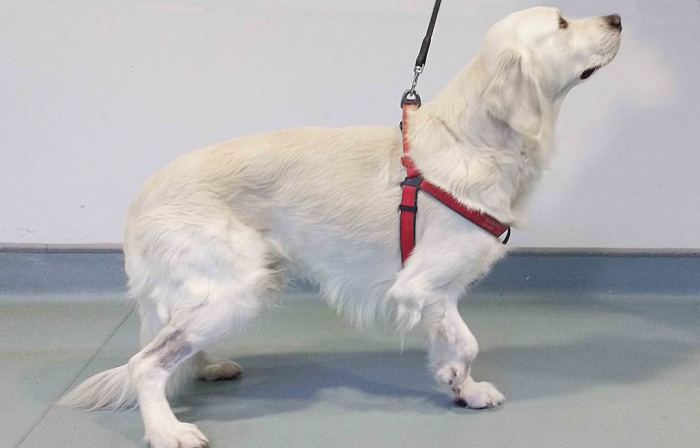 The charity launched a massive fundraising campaign so that Duke could be fitted with a prosthetic leg made by Swansea printing firm CBM. Duke’s owner, Mr. Brown, said that the prosthetic has been life-changing for the happy pup: “he can walk on it and run at a slow speed.”

The entire leg is printed apart from a rubber foot and some Velcro and foam. CBM engineer Bejamin Alport told WalesOnline that the task to make Duke a new leg was a challenge. “Usually you build a prosthetic onto a stump but this was different. We had to go down and assess Duke. We had to consider right down to the thickness of the hairs because you have to take into account the smallest things.” The leg is similar to blades by Paralympians so that Duke can run around and live his dog days to the full.

Duke is now happy at home with the Browns, learning how to use his front leg for the first time and to get about the Welsh hills.

ASOS kit out superhumans for Rio 2016

Charities renew pressure to move people with a learning disability out of inpatient units, five years on from Winterbourne View scandal