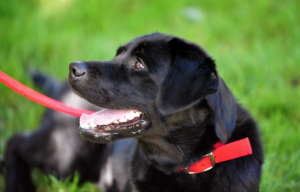 They say that a dog is a man’s best friend, and Channel 4’s programme Rescue Dog to Super Dog shows just how important the bond between humans and dogs can be.

The new three-part documentary follows six homeless pups as they are given new homes and undergo training to become assistance dogs. The clever canines, all selected from rescue centres around the UK,  are paired with people struggling with mental, physical or neurological disabilities and we watch as they learn how to assist their owners in their everyday lives.

And it makes for inspiring (if a little emotional) viewing.

We all know the importance of guide dogs, but this programme proves that canines have many more tricks up their sleeves. Assistance dogs make fantastic companions for those with conditions from OCD to Tourette’s and from Narcolepsy to Paraplegia. They have also been shown to have an incredible calming effect on those with autism.

Dogs can understand and react to human emotions, smell and sense chemical changes in bodies and some dogs are even capable of detecting early signs of an epileptic fit or asthma attack by detecting changes to their owner’s breathing. Dogs can even predict a hypoglycaemia attacks – it is thought that canines can smell a fall in blood sugar level which alters their owner’s scent.

Our love and reliance for assistance dogs first began after the First World War, when dogs were trained to help soldiers who had been blinded in battle.

But only recently has it become obvious just how useful dogs can be. Properly trained pooches can pick up dropped items, put cards in ATMS, help with dressing and undressing, turn on lights,  carry things and even load and empty a washing machine.

What an outstanding programme Rescue Dogs to #SuperDogs is. Just goes to show what an amazing species #dogs are & how they transform lives

Assistance dogs first began to be trained in Britain in 1988 and today over 7,000 disabled people in the UK rely on an assistance dog to help with practical tasks – offering emotional support and independence

In the UK there are seven charities that prepare pups to become assistance dogs. www.assistancedogs.org.uk is the umbrella organisation that represents charites like Canine Partners and Dogs for Good.

Life as an assistance dog can start young – puppies are placed with volunteers, known as puppy socialisers, who care for them for 14 months. During this time the pooches are taught how to behave in public spaces such as buses, shops and cafes.

Once they turn 14 months old the dogs return to the charity to be official trained and are taught basic skills like carrying items, opening doors and all the other tricks that make them so useful to their eventual owners.

In Channel 4’s show we have the joy of watching new owners learn how to train their new friends – and although all the dogs are adorable and lovable in equal measure, training is not without its hiccups. Last week we met Emily, who has narcolepsy and cataplexy (sudden collapses), pair with former stay Poppy. This week twelve-year-old Enola was matched with a toy poodle called Teddy and Dom, who has muscular dystrophy, was paired with a beautiful Dalmation called Daisy.

We 💜 Poppy the superdog! #Superdogs pic.twitter.com/jxvwymkQfs

The finale next week is sure to pull at your heartstrings, so make sure you catch up with all of the above episodes on Channel 4 if you’ve not yet seen them – you’d have to be barking mad to miss such a fantastic show!

Have you had any experience with assistance dogs or would you like to have one in the future? Let us know over on Twitter!

The Big Give Christmas Challenge: Making double the impact when supporting disabled children

Research shows that accessible toilets can make or break your popularity