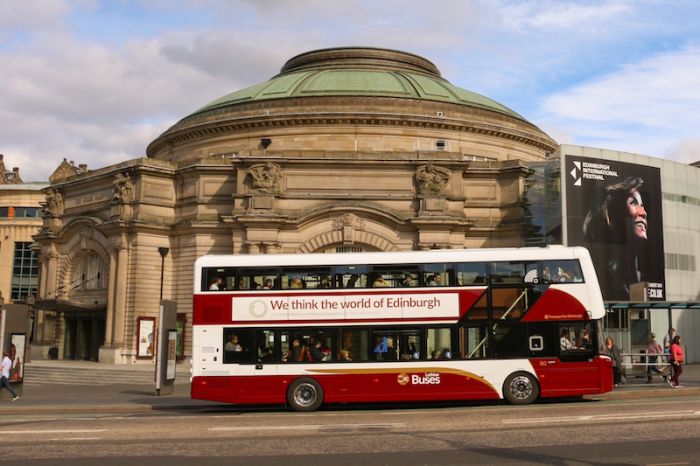 Lothian Buses has been recognised as Scotland’s Public Transport Operator of the Year at this year’s Scottish Transport Awards.

In addition to scooping the top prize it also picked up Scotland’s Best Bus Service for Lothian Country Buses Service 113, which has seen outstanding passenger growth of over 50% bucking national trends.

The ceremony, which is now in its 14th year and was held last night (16 June) at the Radisson Blu Hotel in Glasgow, is designed to recognise innovation, excellence and progress across all areas of transport, with the awards regarded as the highest industry accolades in Scotland.

Lothian Buses was also shortlisted for four other awards including:

Richard Hall, Lothian Buses’ Managing Director, said: “It’s great to see that the efforts and achievements of all of the dedicated staff within the business have been recognised with these awards. The transport industry in Scotland is full of people who work tirelessly day in day out to deliver outstanding service to customers and provide millions of passenger journeys every year.

“Lothian Buses has continued to make significant investments into its people, fleet, routes and services. With over £18.5 million in environmental improvements and the introduction of more than 60 diesel-electric hybrid buses into its fleet, it has removed 600 tonnes of CO2 from the company’s carbon footprint and corresponding reductions of 99% in NOx and 60% in particulate emissions.

“Our company is continuing to deliver on its commitment to lessening its impact on the environment whilst delivering sustainable and socially inclusive transport solutions across Scotland’s capital city and the Lothians. More than two-thirds of the 800-strong fleet is now at Euro 5 standard or above.’’

Lothian Buses is the largest bus operator in Edinburgh, the only municipal bus company in Scotland and the UK’s largest publicly-owned bus company – and all of their buses are easy access for disabled passengers. Find out more at www.lothianbuses.com

ASOS kit out superhumans for Rio 2016