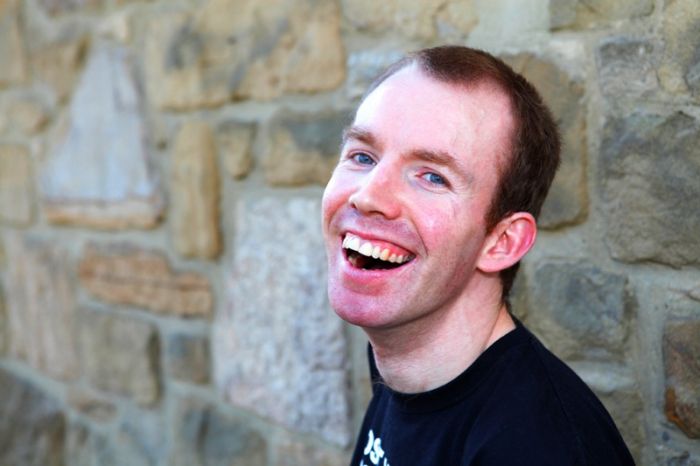 Lost Voice Guy, the first stand up comedian to deliver his jokes using a communication device, will be bringing his debut solo show to the Edinburgh Fringe Festival this August.

The show, named A Voice Of Choice, will be on at The Stand Comedy Club at 8.10pm from 2 August until 25 August (except Mondays).

Lost Voice Guy (real name Lee Ridley) lost his speech as a baby when he developed Cerebral Palsy. He uses an iPad to communicate when he is on stage.

The show, which was nominated for Best New Show at the Leicester Comedy Festival earlier in the year, will see 32-year-old Ridley embrace his disability and have a laugh along the way. He uses his iPad to great comic effect to take us on a journey as he tries to make himself heard.

Since making his first stand up performance in February 2012, Ridley has already gained quite a reputation for being both very funny and very unique. He has been described as a wonderful comedian by Little Britain’s Matt Lucas and has warmed up for the likes of Ross Noble and Jason Cook.

He has gigged all over the UK at places like The Stand, Jongleurs, The Frog and Bucket, The Glee Club and The Comedy Story as well as being featured on the BBC, CNN, The Sun and The Mail on Sunday. A recent article about him in The Guardian said that finding humour in strange places was one of his strengths.

Talking about his upcoming debut solo show, Ridley said: “I’m really looking forward to it. People tend to stare and laugh at me anyway, at least this way there’s a scheduled time and place for it. I’m providing a public service, which is more than the government is doing at the moment.

“I’ve always loved making people laugh so I’ve enjoyed my last 18 months as a comedian, its a dream come true really. One that I never thought would happen. Hopefully I can make lots of people laugh in Edinburgh too…. Or at least leave them as speechless as I am.

“I’m delighted  that I’m performing  my first show at The Stand too. It is, without doubt, the best comedy club in the country. They’ve supported my venture into comedy almost from day one and I’m extremely grateful for the chances they have given me and other up and coming comedians. I look forward to working with them throughout the festival.”

Previews of the show will take place across the North East of England in June and July.

For more information, head to www.lostvoiceguy.com