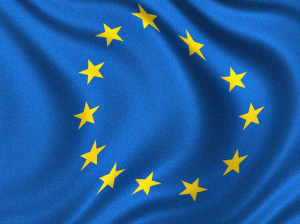 As the EU referendum fast approaches the debates between the Brexit and Votin camps continue to intensify. So far trade, immigration and the future of the NHS have all been central to the discussion. But what does this all mean for the 11 million people with a limiting long term illness, impairment or disability who live in the UK?

Since we joined in 1973, the EU has fought for more rights and regulations to protect and enhance the lives of disabled people. We have the EU to thank for the step forward in rights and opportunities over recent years. EU directives have helped provide job assistance to thousands of people with disabilities, access requirements to buildings and public transport and the right to legal defence against unfair denial to social care services.

But in the press this week there have been warnings that a leave vote could lead to a reduction in healthcare spending and a loss of care-workers and doctors.  We look into what is being said about how a leave vote could impact your future.

What is being said about the future of the NHS?

Brexit campaigners Boris Johnson and Michael Grove have assured voters that leaving the EU could free up to £8bn extra a year to spend on the NHS but health academics at the London School of Economics have warned this might not be true. Research from the university suggests that the maximum extra that could be spent on the NHS would be £1.4bn, not enough even to cover our £2.45bn deficit.

Furthermore the Economist Intelligence Unit (EIU) has said there would be “substantial risks” to health care if the UK went solo. “Should the UK vote to leave the EU, by 2020 healthcare spending would be £135 lower per head than if the UK were to remain in the EU,” said EIU. “This is in addition to the £22bn efficiency savings the NHS [in England] is still expected to deliver by 2020.” They also warn that the UK, a leader in the global pharmaceutical trade, would become “just one isolated market that cannot be entered using the EU centralised drug authorisation pathway”.

Could we lose medical and care workers?

Votein campaigners are warning that the future of the 10,000 NHS doctors and other health professionals who come from Europe could become more uncertain if we block immigration from EU countries.

An estimated 6% of social care employees are EU migrants. That figure equates to more 80,000 people in England alone. Martin Green, chief executive of Care England admitted that free movement of labour across EU had been “very helpful” to social care employees. But the loss of EU workers will be felt in more regions than others warns The Guardian. They say EU care workers make only 1% of the workforce in the north-east but fill more than 12% (20,000) of care jobs in London.

What about the European convention of Human Rights?

The ECHR is not a European Union institution. It was set up by the Council of Europe, which has 47 members including Russia and Ukraine. So quitting the EU would not exempt the UK from its decisions.

The UK government, however, wants to repealing the Human Rights Act which requires UK courts to treat the ECHR as setting legal precedents for the UK. Instead they plan to enforce a British Bill of Rights that will boost the powers of courts in England and Wales to over-rule judgements handed down by the ECHR.

How will Brexit affect welfare reform?

The EU has no jurisdiction over the UK’s government’s benefits scheme. This means the outcome of the referendum will have no direct impact on the government’s cuts to a range of benefits including the Independent Living Fund and the disability living allowance.

However the EU provides millions in social funds to support a range of schemes assisting for disabled people, helping with everything from work experience to wage subsidies. It also provides much needed funds for voluntary organisations at a time when national government spending is being cut. Voluntary services providing education and training and community services are all essential but there is talk that leaving the EU would cut off these funds.

What are your thoughts? Do you think that Brexit will create greater problems for disabled people or is the UK better off leaving the EU?  Let us know what you think over on Twitter and remember to vote on the referendum on 23 June.

The benefits of Newlife specialist equipment on higher education

Under the microscope: Brexit and the disabled community