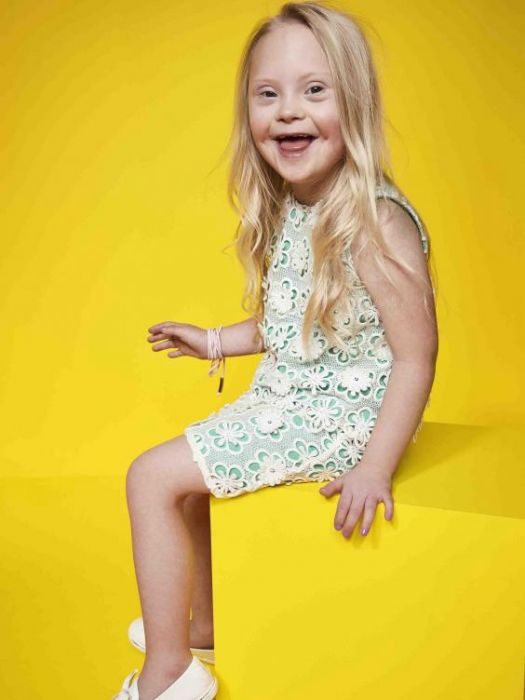 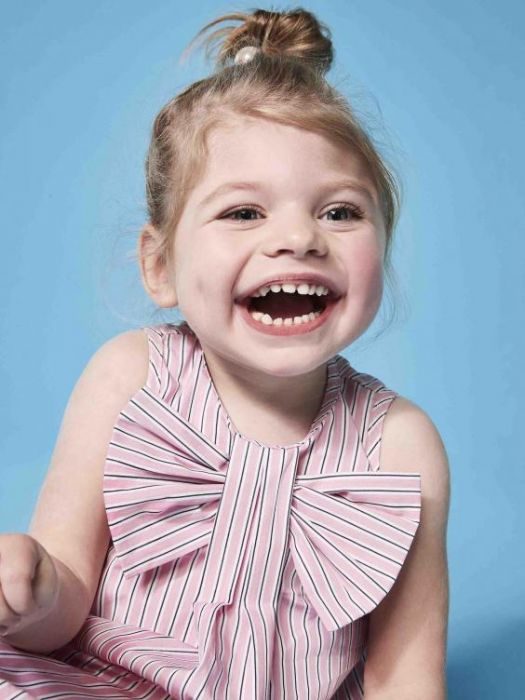 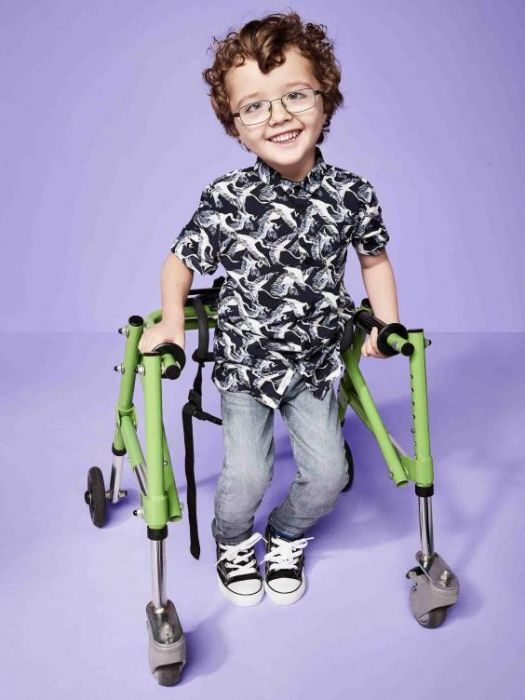 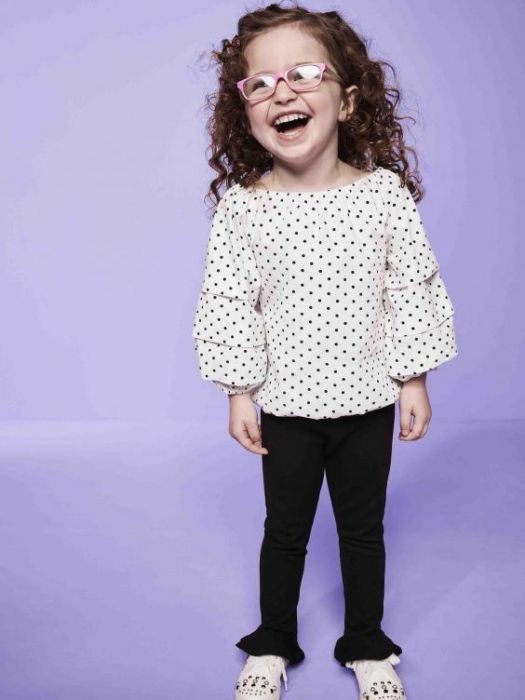 It’s London Fashion Week and as usual there’s been controversy: from the Boston Globe’s breaking story about abusive fashion photographers to fur protestors to concerns about diversity. The world of fashion has been a source of criticism for years as setting impossible standards of beauty. However, we’re hoping that 2018 will be a tipping point year as the fashion world has been making progressive steps towards better inclusivity.

The high-street clothing chain, River Island has just released an advertising campaign for their new season of kids’ clothing, featuring a diverse range of young models with disabilities. The campaign marks their 30th anniversary and has been called Ditch the Label, spreading the message that “labels are for clothes, not kids.”

The adorable youngsters have a range of disabilities. Six-year-old Cora Bishop has Downs Syndrome while 10-year-old Lois Groom was born with 18q deletion syndrome. Despite the difference in their conditions, all six kids share a love for getting in front of the camera and for the limelight! 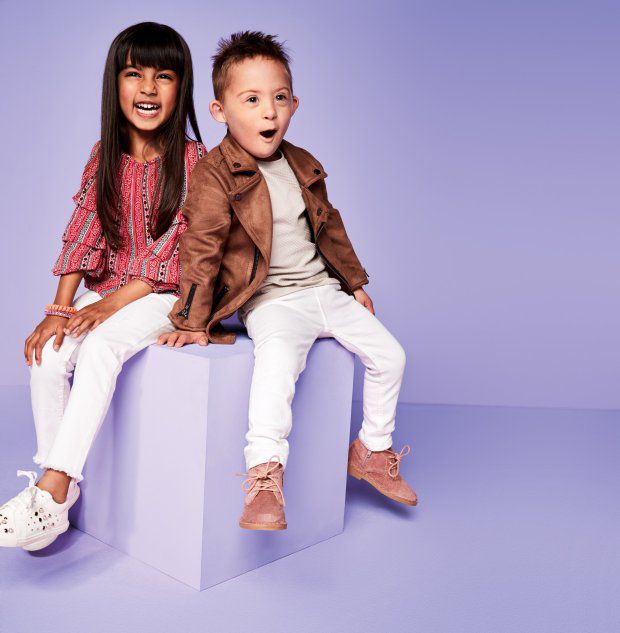 All the budding Naomi Campbells are signed to Zebedee Management, an agency that works exclusively with disabled models. Zebedee aim to make models with disabilities the norm so that more and more catwalks and magazines show a diverse and inclusive range of people. Speaking to The Independent, Laura Johnston and Zoe Proctor from Zebedee, said: “We are delighted that River Island are using models with disabilities as the norm now. We hope that other brands will follow their example.”

River Island have a history of inclusivity. The retailers work with Newlife the Charity for Disabled Children, who provide vital specialist equipment to disabled children across the UK. River Island currently donates all of the proceeds from the 5p plastic bag charge to fund children’s charities, including Newlife.

Earlier this year, ASOS’s active wear campaign featured a model with a visible disability and we’re hoping that companies, like ASOS and River Island, lead the way to make disability more visible and welcome in the world of fashion

Meet the Down Syndrome Stars Taking Over Social Media