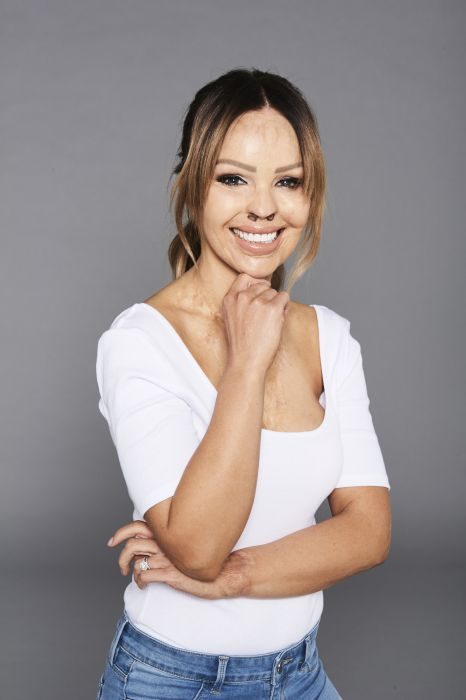 Number one on our World Changers List sits down with Enable’s Kirsty McKenzie to chat about heroism, confidence – and why 2017 is set to be her most impressive year yet

Brave, heroic, inspirational, confident – it’s not hard to come up with words to explain why Katie Piper tops our World Changers List. “I am incredibly honoured to be associated with those words. My heroes and inspirations are broad – my hero is my mum but also the incredible volunteers of my charity,” says Katie.

“My story has been told but I dealt with the situation that happened to me in the only way I could – patience, strength of mind and positivity. That said, it wasn’t always like that – of course there were some very dark times. But what I did have was strength of mind and a loving circle around me.”

LIFE-CHANGING
The dark times began in March 2008 when her vengeful ex-boyfriend Danny Lynch, angry because she’d tried to split up with him the day before, arranged for sulphuric acid to be thrown in Katie’s face. Her life would never be the same again. Both he and his accomplice, Stefan Sylvestre, have been jailed for life, with their most recent applications for parole denied. Meanwhile Katie, now 33, has endured near constant operations since her attack. The acid effectively melted her face away. Her eyelids and part of
her left ear were destroyed, she was blinded in one eye, and her oesophagus was burnt after she swallowed some of the acid. For a year following the attack she had to be fed through a tube, and for two years she wore a clear protective facial mask. Now, almost 10 years on, she still has to return to the hospital for maintenance operations.

Yet Katie has built a whole career out of turning a terrible experience into something positive. She now heads her own charity, the Katie Piper Foundation, which works to change attitudes towards disfigurement and to help people living with it. And 2017 is set to be her busiest year ever. On top of being a mum to two-year-old Belle, she hopes to open her first UK rehab centre in Liverpool next year, has just signed a new two year deal with Channel 4 and penned a fifth book, Confidence: The Secret. But despite her list of achievements and the horrors she has faced, Katie believes that absolutely anyone can overcome their difficulties. “Everyone has it in them – everyone,” she says. “I am not special – yes, something bad happened to me but I wouldn’t let it define me.” 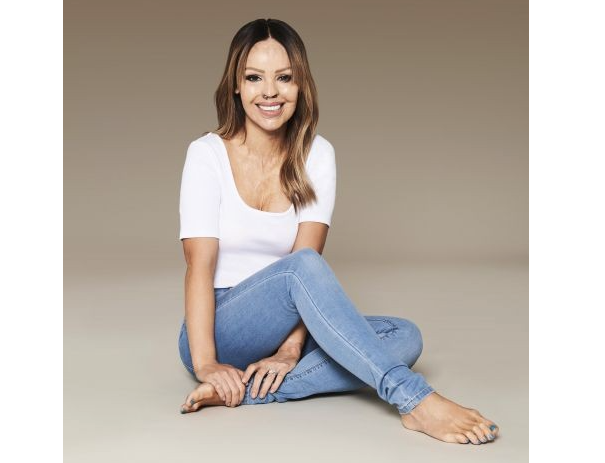 CATHARTIC
She says the writing process has been cathartic, having put pen to paper in the aftermath of her attack as a way to express and understand her emotions. Since then she has written four hit books – everything from memoirs to a self help guide. “I absolutely love reading and writing. In fact, I am constantly writing,” admits Katie. “This is my fifth book and I must say probably the most enjoyable as it’s my most positive book. It’s realistic but also pulls on positive tips to improve your life. My other books, especially my first, were a struggle to write as I had to relive a lot of things I’d rather forget.”

Katie says she decided to write this book to celebrate the people she’s connected with through the charity she set up just six months after her attack. “They’ve inspired me so much and found their own helpful ways to deal with their experiences to become more confident,” explains Katie. “Confidence is something everyone has and I really want people to realise that – it’s inside of all of us; it’s just finding it.”

DISCOVERY
But Katie admits it took her a long time to discover her own. “It hasn’t been easy, it’s been a struggle and for many years confidence wasn’t a thing I could associate myself with,” she says. “My friends, family and people around me have given me the confidence to become the best I can be. In the attack, I lost control and someone took something from me in those moments, my appearance and my health. That said, no one could take my soul, and no one could take my strength of mind. I control those things – in difficult situations often with physical injuries this is all you have, so I really pulled on that.”