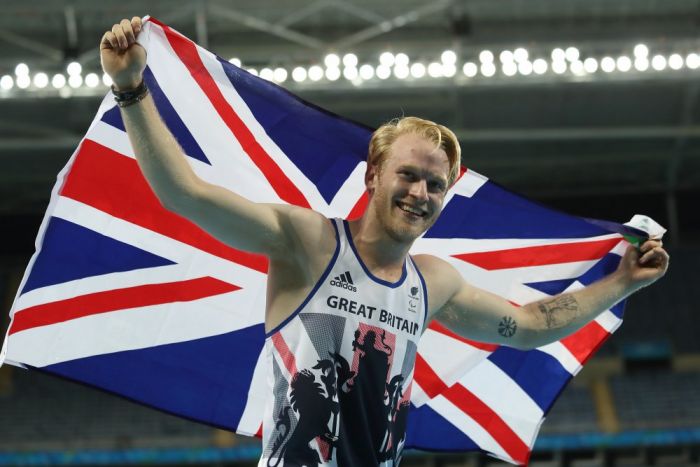 Paralympic hero Jonnie Peacock is gearing up for an entirely different type of training – as he swaps his running blade for dancing shoes in this year’s series of Strictly Come Dancing.

The 15th series of Strictly will see Jonnie compete against stars like Mollie King, Susan Calman, Aston Merrygold, Ruth Langsford and Simon Rimmer in hope of getting the coveted glitter ball trophy.

The double Paralympic, European and World T44 champion is no stranger to success. He won his first Paralympic medal at the age of 18 in London 2012, and went on to win every major event that followed – so he’s got high hopes for Strictly!

Jonnie says: “The opportunity to be the first contestant with a disability to take part in Strictly’s main show was too good to turn down. I’ve got no previous dance history outside of the occasional ‘worm’ at a mate’s party and I know this will be a challenge and a new experience. I can’t wait to see what I can achieve and how far I can push myself.”

Jonnie is a below-knew amputee, losing his leg to meningitis at the age of five.

The show will kick off this September.