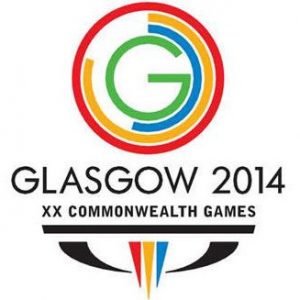 Glasgow 2014 has today (Wednesday, 17 April) been backed by the International Paralympic Committee (IPC) to stage the most successful Para-Sport programme in Commonwealth Games history.

Glasgow 2014’s Para-Sport programme will be the largest in Commonwealth Games history with the highest ever number of medal events across the most ever sports.

Xavier Gonzalez, Chief Executive Officer of the IPC, was joined in Glasgow by Denis Pavlovic, the organisation’s Sport Competitions Manager.

“I was very impressed with what I saw in Glasgow. Not only do the venues look really good theatres for sport, but the city is also moving forward in improvements in accessibility and transport.

“Events such as this help build momentum, especially so here in Great Britain following last year’s Paralympic Games. We believe this can be the best ever Commonwealth Games.

“Glasgow is a sport-mad city and all Scots are passionate about their elite sport. I am sure, just like London, that people from all over the Commonwealth will turn out in force to support their athletes taking part in the five Para-Sports here.”

The party toured the Athletes’ Village during their two-day stay and held high-level in-depth briefings with Games officials on subjects including transport planning and venue accessibility.

Following the huge success of the London 2012 Paralympic Games, Glasgow 2014 is determined to build on that Para-Sport legacy.

Beyond the Commonwealth Games, the city will be hosting the 2015 IPC Swimming World Championships with the same accessibility requirements in terms of transport and security.

The World Championships is the biggest event on the calendar for disability swimming outside of a Paralympic year and the venue will be the newly-refurbished Tollcross International Swimming Centre, the same pool that will host competition at Glasgow 2014.

By placing a firm emphasis on fully accessible tourism, Glasgow 2014 will set the foundations for future sporting events held in Scotland post-Games.

“On the back of the success of the London 2012 Paralympic Games it is an absolute pleasure to partner with the International Paralympic Committee on another inspiring and exciting global Para-Sport opportunity.

“The IPC’s vision and support aligns well with that of Glasgow 2014’s ambitions and we look forward to continuing this journey with them.

“We are incredibly excited and proud that Glasgow 2014 will feature the largest Para-Sport programme in Commonwealth Games history.”

There will be 22 Para-Sport medal event at Glasgow 2014, compared to a previous high of 15, across five Para-Sports, including the first appearance of Para-Cycling in a Commonwealth Games programme.

Find out more about the Glasgow 2014 Commonwealth Games at www.glasgow2014.com

Here We Are: Sport bringing people together this Learning Disability Week