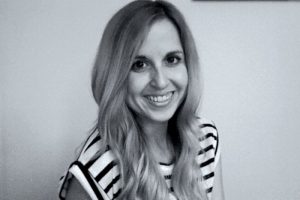 When I was 18, I was diagnosed with Crohn’s disease.

I can’t really remember the moment I was told I had it – I was on a heady cocktail of painkillers at the time when the surgeon suggested it ‘looks like IBD’ – but from that moment forward, my life hasn’t been the same.

Crohn’s is a lifelong autoimmune condition, where inflammation occurs in the digestive tract. The inflammation can lead to all manner of grim symptoms, like diarrhoea, blood in your poo, weight loss, fatigue, pain… You name it, I’ve had it.

But to look at me, you wouldn’t really know much was wrong. Apart from my clothes being slightly baggier when I’m flaring, and the bags under my eyes more prominent, I look all right. So people don’t understand when you try to explain that, actually, I’m really unwell.

I’m one of thousands of people affected by invisible illnesses like Crohn’s. There’s a small army of us trying to get by every day – and this week, it’s Invisible Illness Week, recognising the millions of people living with these difficult conditions and raising awareness of the struggles that they face.

One of the biggest challenges we have to deal with is other people’s attitudes. There’s a thing or two we are ALL fed up of hearing – here’s a few of them, and what I know I’d like to say in return…

No, that’s true, but do you fancy putting up with my debilitating symptoms for 24 hours and we’ll see what you think then?

Fatigue associated with many chronic conditions is SO much more than how you feel after a restless night. It can be all-consuming, hit you out of nowhere and affect everything you do. So no. It’s not like that time you had a hangover and couldn’t leave your bed for two days. Sorry.

“When will you get better?”

Never. My symptoms might ease off. But I’ll never be better. Ever. I have this for life.

“You’re too young to have that…”

Maybe, but I do. So we’re going to have to live with it.

“It must be nice getting all that time off work.”

No, it’s miserable actually. I had to take six weeks out of the office this year because I was too ill to function, and it was horrible. I’d take a full day in the office over sitting watching Jeremy Kyle, thank you.

“My cousin had that and she’s CURED now!”

Introduce me to her doctor because I’d like to see what we come up with.

Now. I’m sure that all of these things help in some way for some people. But believe me, I have tried EVERYTHING going. I know what works for me. And I don’t need advice, unless you’re a medical professional who’s just come up with ground breaking treatment.

If only I’d known that positive thinking would cure my inflamed bowel. If only!

Don’t be awful. OK, it might not be as bad as some other terrible condition. But when you’re living it, and it’s your life, it’s pretty awful.

What not to say to someone with IBD