As a 1990’s pin up star flourishing in her TV career, everything was looking rosy for Gail Porter. However, sometimes life doesn’t go quite as planned. Diagnosed with bipolar disorder in 2005 and developing alopecia totalis, Gail didn’t let the lows hold her down, or define her. 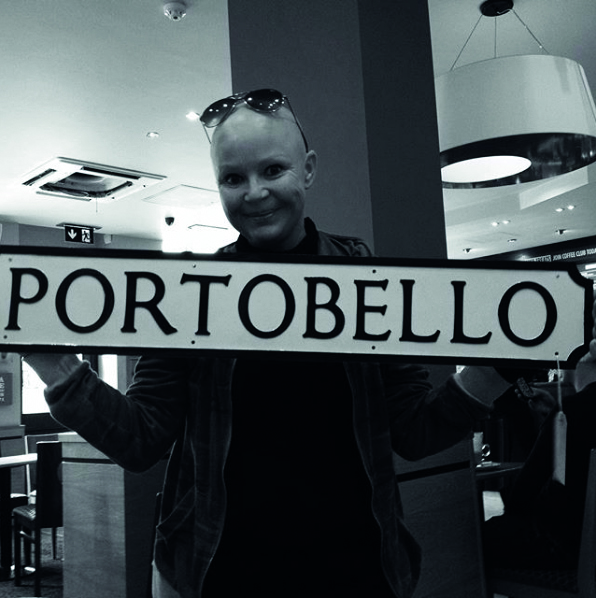 After studying film and photography, Edinburgh-born Gail Porter envisioned a life behind the scenes in the crazy world of TV. Instead, it was a career in front of the camera that made her a household name.

Working her way through children’s shows, chasing ghosts in America and the famous projection of her nude image on the Houses of Parliament, Gail was well known and well loved. However, inside Gail was battling personal demons.

Mental health conditions can be physically and emotionally debilitating. They’re also invisible, which means the impact of mental health has taken – and is still taking – a long time to fully comprehend.

In 2018, the conversation about mental health is buzzing, but there is still a taboo around it; just imagine what the attitude towards mental health conditions such as bipolar disorder were in 2005. It was the year that the bubbly, enthusiastic, and stunning blonde TV presenter was diagnosed with bipolar disorder.

In extreme cases, people with the condition can experience psychotic symptoms during either high or low periods. Unfortunately, in April 2011 Gail was sectioned under the Mental Health Act after fears for her safety. It was a traumatic experience. Gail even admits it took her several years before being able to walk past the London based Royal Free Hospital, which has since shut down.

Despite Gail’s well documented negative experiences, including anorexia and alopecia totalis, the charismatic and bubbly side of Gail still holds strong – seeing the positives in all situations.

Now she is channelling her experiences into supporting others. “I’ve just finished another book. I’ve written it all myself, but the publisher is not that happy because half of it is handwritten,” laughs Gail. “They were like ‘who hand writes in 2018?’” Gail is just as witty as she is punchy and empathetic. 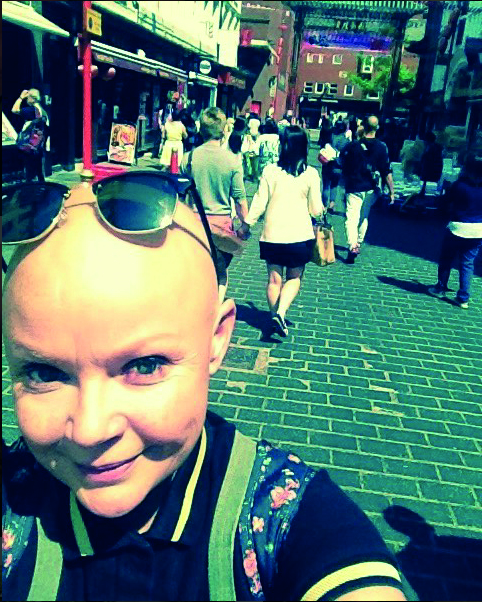 After the release of her 2007 autobiography, Laid Bare, Gail is documenting her life again in an as of yet untitled memoir.

“It tackles everything from when I got sectioned. It crosses all those things that were quite tricky to deal with at the time. I thought most people have been through it, I may as well talk about it. It’s kinda happy and kinda sad all at the same time. I had two guys who thought they were Jesus in my ward, as much as I was really sad for them, it kept me amused for a bit because they were fighting over who was the best,” remembers Gail with a chuckle.

“I never thought I would see myself in that position at my age. The book also covers care, medication and doctors. I only saw a doctor once in 20 days. There was a security guard on the ward to make sure there were no fights, and that was it… It felt like nobody knew what to do with you and you were a burden.”

Even though mental health support is improving, there is still a long way to go as Gail experienced. Gail has been on a rollercoaster ride throughout her life, but she is headstrong and determined to support others in similar situations.

Gail explains: “I think so many people keep things quiet. When my hair fell out, or when I was told I was bipolar, I thought that there’s so many people that are probably going through the same thing and keeping it to themselves. I’m not ashamed. Whatever happens to me happens for a reason and I would rather share it and know if I could possibly make somebody else feel better then I’ll feel better for that.”

From waking up to find all her hair had fallen out overnight, being diagnosed with alopecia totalis and bipolar disorder, having experienced anorexia and post-natal depression, to surviving bankruptcy and sleeping on a park bench: it can seem like all too much for one person to handle. Gail is not like most people. Despite the hardships she maintains her charm and positivity.

Gail Porter admits she’s no expert, but others may find solace in her experiences. 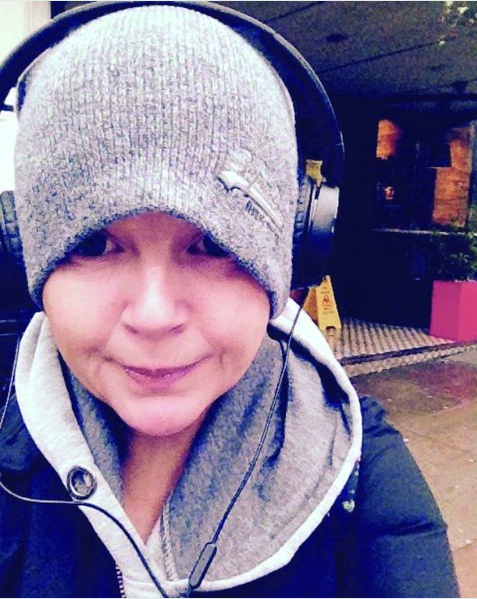 “I would say try and talk to someone, even if it’s your friend. I’ve phoned the Samaritans at times: I found them really helpful. Just don’t hold it in, try and get some fresh air,” advises Gail. “There is help no matter what you need, it just takes a while to find it – ask. And don’t be ashamed. Don’t ever be ashamed.”

These days Gail is busy and in high demand. She’s supporting others living with bipolar and experiencing debt – unfortunately a regular occurrence for those living with a mental health condition – by working with Glasgow based company Creditfix. Gail’s also back on TV, appearing on The Wright Stuff as a regular panellist and even preparing to be the voice of an animated mouse in an upcoming children’s show – she’s riding a wave of positivity.

As for the book, there’s no concrete release date or title. “I don’t know yet. They’re going to have to get someone in to type it up for me first,” Gail adds with an almighty giggle.

No matter what life throws your way there is a silver lining on the horizon, all you need is to get help along the way.

Let’s talk about mental health: it’s time to reach out