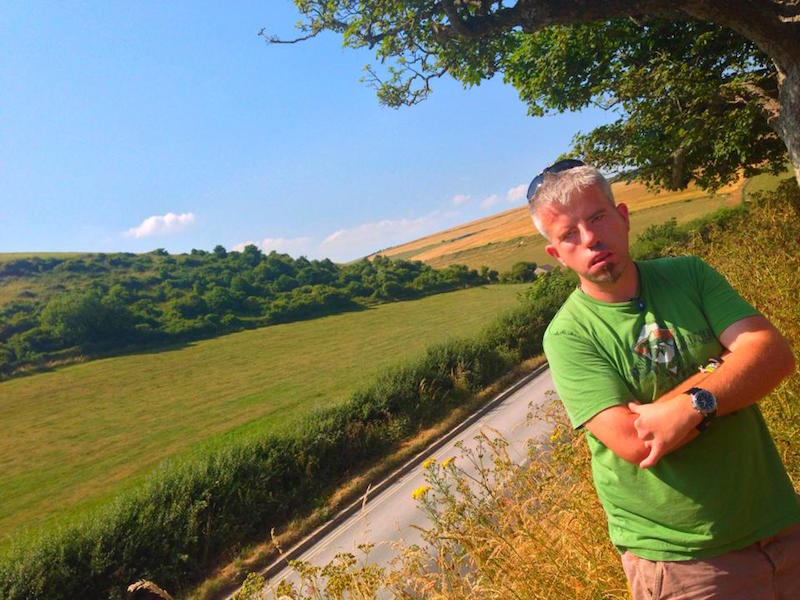 A man who was turned away from a Cornish pub after a medical condition was mistaken for drunkenness is to return there – stopping at pubs along his 300-mile route from his home in Coventry.

Alex Barker, 43, who has Moebius Syndrome and facial palsy, stumbled as he walked into the pub in Falmouth on Saturday 11 July, and was then refused service as staff believed him to be ‘under the influence’. His experience led to national media coverage and a social media campaign led by the charity Changing Faces in which pubs were asked to commit to ‘#ServeAlex’.

He’s hoping to raise £10,000 for Changing Faces and Facial Palsy UK, two charities that have supported him, to help them raise awareness of the problem.

“I’m going to have a drink in ten pubs on the way to Falmouth, but none of them will be alcoholic. I’m going to show that however I look, sound and walk, pubs should serve people like me. They shouldn’t rush to judgement to say that I’m drunk,” said Alex, who studied in Falmouth and now works in IT.

Dr James Partridge OBE, chief executive of Changing Faces, commended Alex’s determination to use his own experience to raise awareness but said that pubs must meet the challenge themselves. “The Equality Act protects people with disabilities and disfigurements from discrimination, and pubs, bars and clubs who don’t recognise this and step up to the plate could find themselves in hot water. We’ve published guidelines to help licensees and door staff deal with these issues.”

Karen Johnson, deputy chief executive of Facial Palsy UK, said that licensed venues had a legal duty to ensure they are not discriminating against people because of a medical condition. “People living with facial palsy live with prejudice and discrimination every day of their lives, and day in day out we hear stories similar to Alex’s. If his trip back to Cornwall prevents one person having the same experience as he did then that’s a great result, but the hope is that many more will benefit.”

The #ServeAlex campaign has been supported by Give as you Live. “Give as you Live are delighted to be able to offer support to the #ServeAlex campaign,” said Greg Hallett, chief operating officer. “Raising funds and creating awareness are critical elements of the challenges facing charities today and at Give as you Live we are dedicated to providing a range of services and products that can help in some way. Changing Faces and Facial Palsy UK should benefit greatly from Alex’s campaign – its vital work that needs more public attention, so what happened to Alex doesn’t happen to anyone else.”

More information on Alex’s trip can be found at www.servealex.co.uk.