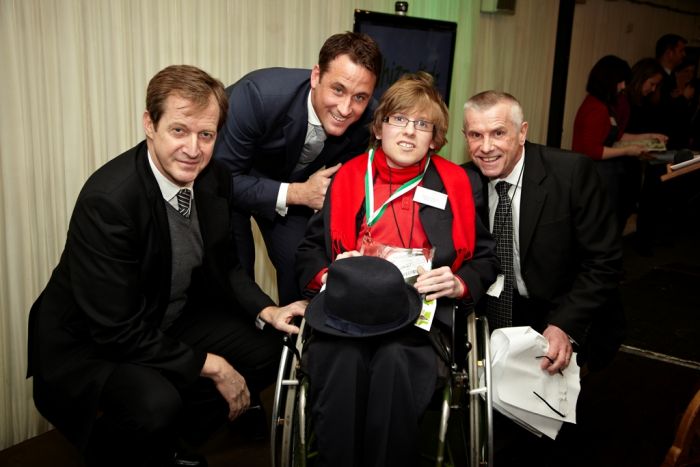 Arthur Lawson is a member of the Scottish Youth Parliament and a Whizz-Kidz ambassador. The 25-year-old tells us why campaigning is so important to him.

When most people are angry about something, they’ll sit back and let it pass. Arthur Lawson, however, is different.

“I hate to see injustice going on,” Arthur, from Glenrothes, says firmly. “The way people aren’t treated the same. Money isn’t going into disability services. People are given the wrong piece of equipment. I just thought, this can’t carry on. I have to speak up and try to make a change.”

Arthur, who has physical disabilities and Asperger’s syndrome, first got in touch with Whizz-Kidz to apply for a wheelchair. A few weeks later, he signed up to the charity’s ambassador club, a network of groups across the UK made up of young wheelchair users who want to make a difference.

“Being an ambassador is about local campaigning,” he explains. “In Edinburgh, for instance, there’s currently a blue badge campaign to stop people who don’t have them parking in accessible spaces. If there’s local events going on, we’ll be invited along to present or accept cheques, to speak in front of a group of people about what Whizz-Kidz do and how we’re involved.”

Arthur has also had a place on the charity’s Kidz Board, a panel of young people who represent every region in the country and work directly with the charity to help make decisions and to work on campaigns. During his time on the Board, Arthur put it to the charity that they should try for a spot in the Scottish Youth Parliament. He was successfully elected and now takes Whizz-Kidz ideas a step closer to policy makers in Scotland. Last year, he was named the charity’s Campaigner of the Year.

“I was so excited,” he says. “I wasn’t expecting it – at the awards ceremony, there were two really strong candidates. When Alastair Campbell read that I’d won the award, I couldn’t believe it!”

Raising awareness for issues faced by disabled people, tackling everything from representation in the media with the BBC to air travel, has turned into a huge part of Arthur’s life, and it’s proving to be really beneficial for him personally too.

“Being able to campaign and get things changed is great, but also getting out there, meeting new people and getting involved,” Arthur says. “Before I was involved in Whizz-Kidz, I was quite quiet. I was really nervous. Whizz-Kidz has helped my confidence, helped my public speaking and made me a much more confident person.