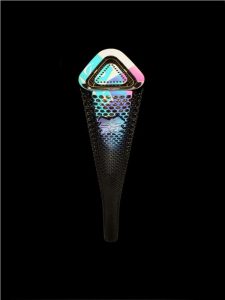 People with disabilities and carers are concerned that wave of positivity will not endure, finds disability charity Vitalise.

In the wake of David Cameron’s Conservative Party Conference speech and only five weeks on from the London Paralympics, a new survey of people with disabilities and carers has found that the Paralympic legacy may not be as far-reaching as hoped.

Even though 82% of the people with disabilities and carers surveyed felt that the public was more aware and open-minded towards them as a result of the Paralympics, 40% expressed worries that any positive change would not last.

And as the euphoria of the Games fades, the survey by national disability charity Vitalise has cast clear doubts on whether any profound change in the public’s perception of the reality of disability has occurred.

Despite the impact of the Paralympics, over half (54%) of the respondents thought that the public does not have a better understanding of the day to day lives of people with disabilities.

In the light of the findings, Vitalise is urging society as a whole to help sustain the Paralympic legacy by engaging with the day to day lives of people with disabilities and helping them play a much more significant role in society.

Vitalise Chief Executive, Chris Simmonds, said: “Last week, in a moving reference to his son, David Cameron talked of how, thanks to the Paralympics, ‘more people would see the boy and not the wheelchair…’ We agree that the Paralympics has helped society view disability in a much more positive light.

“But the feel good factor may not last forever, and our survey has highlighted the concerns of people with disabilities that they will fade from public view and become invisible to society once again. We must not let that happen.

“The real work to sustain the Paralympic legacy starts now. Unless we as a society permanently change the way we view and value the capabilities and aspirations of people with disabilities, the true potential of the UK’s disabled population may never be realised.”

Vitalise’s call is being backed by Team GB paralympian and 7/7 survivor Martine Wright, who was recently named the Vitalise Woman of Achievement 2012.

Martine said: “As someone who only recently acquired the label ‘disabled’, I have experienced this issue from both sides. I consider myself lucky in the sense that since 2005 I have managed to achieve many of my dreams, but I’m keenly aware that the reality of life for the vast majority of people with disabilities is very different.

“People with disabilities have huge potential. They want to play a part in society, to make a contribution, but too often they are held back by the negative attitudes of others. The Games have done an enormous amount of good, but until we start thinking in terms of what people with disabilities can do, not what they can’t, I’m worried that little will change in the long run.”

Commenting on the high profile of people with disabilities in the wake of the Games, one respondent said: “Para Olympics has made a lot more people realise what can be achieved, a lot of different people have told me they did not realise how much people like myself can do, so there is far greater awareness since the Olympics.”

However, many respondents doubted whether the Paralympic ‘feel good’ factor would have any long-term effects. One respondent commented: “I would like to think that the understanding and empathy towards people with disabilities would last. Unfortunately I believe that unless you know someone personally or have a disability yourself, there are many people who choose not to engage or understand those who are different.”