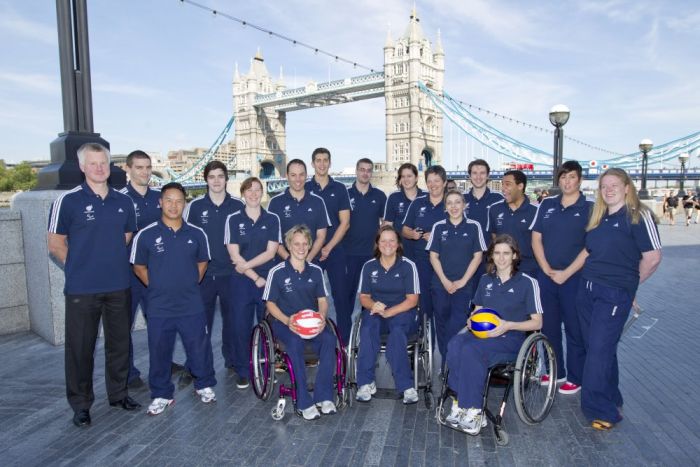 The GB men’s Sitting Volleyball team made history by securing Britain’s first Paralympic Games victory in the sport with a three-set win over Morocco today (Sunday).

Great Britain’s men went into their penultimate pool game ranked 21st in the world, 10 places below their opponents.

But cheered on by a home crowd at the ExCeL, they won a tense battle to move a step closer to the quarter-finals.

Britain had not won a set at a Paralympic Games before the match, but they soon buried that record, taking a tense opening encounter 25-20. They followed that up by winning a keenly contested second set 25-19.

The third set was more straightforward. After another close start, Britain opened up a nine-point gap at 18-9 and then drove their advantage home to take the set 25-12.

Coach Ian Legrand said the contest had been ‘a must-win game’ for his team.

“I’m very pleased with the performance today. We knew it was a must-win game, so there was a lot of pressure on us, pressure we put on ourselves,” he said.

“It was a very professional performance against a team that wasn’t going to stop and they obviously reckoned it was their chance to get to the quarter finals as well.

“We’re not here for the t-shirts, we are a very serious group of athletes and when it mattered we pulled it together,” he added.

“The fact that there were 10,000 people here and they shut the doors an hour before the start – incredible. The noise was building towards the end of the match and I don’t know where we are going to get this from again.”

GB player Justin Phillips, from Maidenhead, said: “It’s brilliant, we needed this win to get through to the quarter-finals so to get it is fantastic.

“Hopefully we can use this momentum and push ourselves on. We’ve worked for the last three years to get where we are now. Hopefully more crowds will come and cheer us on and we will get as far as we can.”

Richard Dobell, who lives in Beckenham, Kent, said: “It means everything. We knew that at the start of the programme we were going to come here and we knew it was going to be down to one or two games.

“Effectively this game was make or break for us, so building up to this there was a bit of pressure but at the end of the day we knew we had to win,” he said. “It’s sensational to know that we turned up and won so convincingly.”

Great Britain’s men play their final pool game against Germany at 11:00 at the ExCeL on Monday 3 September.