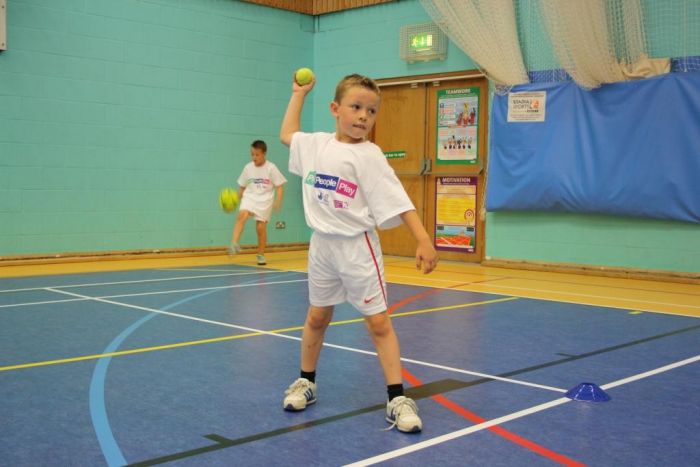 A year on from the closing ceremony of the Olympic Games, local people are being invited to take part in a free taster session or to have a look round the facilities to celebrate the legacy investment given to Hereward College in Coventry.

The sports hall floor at the F.E. College has been completely renewed thanks to £68,000 of National Lottery funding it received from Sport England’s Inspired Facilities Olympic and Paralympic legacy fund. There’s a new store area also planned.

College Director of Finance and Resources, said: “Our facilities are improving fast and the new floor has attracted interest from prospective students and local clubs, looking for facilities to hire.

“We really want to thank Sport England and the National Lottery for the investment that has made these improvements possible.”

To celebrate the college’s part in the legacy of the Games, local people are being invited to a free taster session at 5pm on 23 August to try out the new hall. Please contact alice.davey@hereward.ac.uk to register or to just have a look around.

Sport England’s Chair, Nick Bitel, said: “A year on from the Olympics, this National Lottery investment is helping us deliver a lasting sporting legacy in Coventry.

“With investment now on offer from our Inspired Facilities Fund until 2017, we look forward to supporting many more sports facilities in the West Midlands who play such a vital role in grassroots sport.”

Hereward Collegeis one of well over 300 projects across England receiving lottery investment from the fourth round of the Inspired Facilities fund and one of more than 1,300 to benefit overall.

Many more communities are now set to benefit from the hugely popular fund, after Sport England today announced that it was extending Inspired Facilities until 2017, with an additional £40 million of National Lottery funding to invest. Bids will be accepted for the next round of Inspired Facilities funding from the 21 October 2013. You can find out more at: www.sportengland.org/inspiredfacilities.