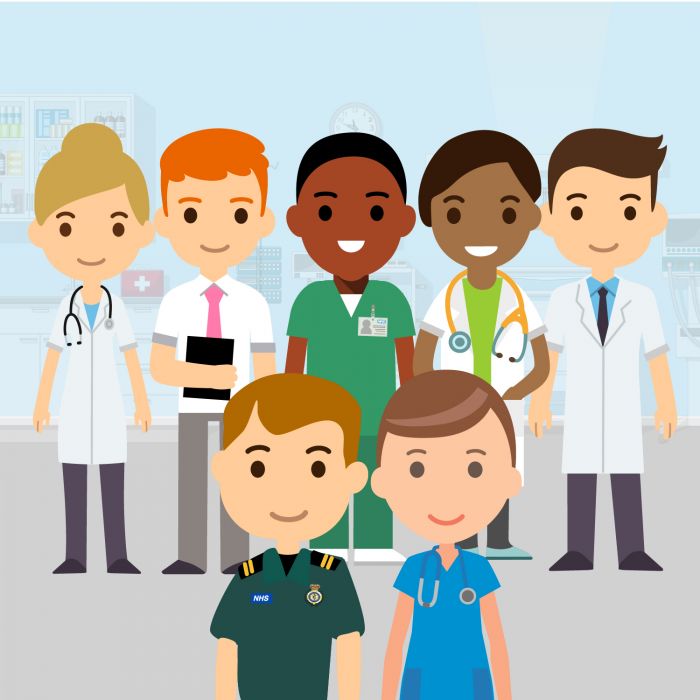 Our National Health Service celebrates its 70th anniversary today. We look at how far it has come and what’s next as Theresa May has announced an extra £20 billion in funding

The NHS is one of the key institutions of post-war life in Britain. Introduced by Health Minister Nye Bevan under the supervision of Prime Minister Clement Atlee in 1948, the NHS is the world’s first ever free health service and despite our own individual frustrations about not being able to get an appointment at the GP for three weeks, it’s the envy of much of the world.

It has changed the make-up of British life – previously hospitals had been run by charities or local councils and people fell into debt paying for doctors and care. Britons over 70 were born in nursing homes – which seems unthinkable in a country where the NHS is there to take you through every major health milestone.

It’s the NHS’ tireless staff, from the nurses, doctors and surgeons down to the administrative teams, who make the NHS what it is. It’s literally a life-saver – but that doesn’t mean improvements can’t be made.

Former Health Secretary Lord Darzi has revealed his review which examines the quality of health and care in the NHS’ 70th year, as well as recommending the direction and reforms it should take in the future.

In his comprehensive report, there were many things to celebrate, including a focus on mental health which has led to a decrease in the number of deaths by suicide.

However, there are issues that need to be addressed. When it comes to social care, the quality may have improved, but access to services has dropped. The statistics are shocking. Publicly-funded social care in England has been rationed and fewer people have been able to access the care they need. Instead, people are self-funding care, having informal care or simply going without. Age UK has found that unpaid family care has increased significantly.

Currently, it’s believed that there are seven million carers in the UK (that’s one in ten people), including 700,000 young carers – but the number may be much higher than it’s thought as many people are unaware they are doing care work. The BBC has estimated that one in three people will be a carer at some point in their life.

Another issue relating to care is that 1.2 million people age 65-plus aren’t receiving social care help, including basic tasks like eating, bathing and dressing – an increase of 50% in the last year. With an increasingly ageing population, this is cause for concern.

To combat this problem, Lord Darzi has suggested free personal social care at the point of need. It’s a solution that would cost the tax payer, but improve people’s lives immensely.

It’s also a step that organisations would welcome. Caroline Abrahams, charity director at Age UK says: “Older people tell us they want good quality care if their needs require it, without a constant battle to get or keep it. Personal care, free at the point of need would be a big improvement on the situation we have today. Yes, we would all have to contribute towards funding it, but it may just be the kind of bold offer that many older people would consider worthwhile. It’s certainly worth seriously exploring.”

With an extra £20 billion in the NHS pot, could free personal social care at the point of need be next on the agenda?

While the NHS is a much beloved institution, it isn’t without its critics. Long waiting times, delays, miscommunications and mistakes – free health care isn’t a walk in the park. The NHS has gone through various evolutions, thousands of reports have been commissioned, training and workshops have been completed to improve healthcare.

After years of austerity, there is concern about funding the NHS – even with the birthday present from the government.

There’s also cause for concern that the NHS will be taken over by private companies and that healthcare will be privatised, returning the UK to a time where we had to pay through the nose for healthcare. It would mean that many people couldn’t afford basic treatments.

While the Prime Minister has committed a much needed £20 billion to the NHS in honour of its 70th anniversary, there are questions about where the government will get the extra money. Higher taxation has been cited as the most probable source of funding – unwelcome news in some quarters, but necessary to pay for our most vital resource. The extra money could sort out problems highlighed in Lord Darzi’s report.

Who knows what the future holds for the NHS. A cash injection may relieve some of the pressure, but there are many cracks in the system. Burnout from overworked doctors, nurses leaving in droves and that’s before we even find out what the repercussions of Brexit are on the UK’s healthcare. However, as the NHS has come so far and with its passionate medical teams and support staff in the last 70 years, let’s hope it breaks through new boundaries in the next 70 years.

New guidelines on medicinal cannabis are an ‘important first step’

Thousands march to protest an NHS in intensive care