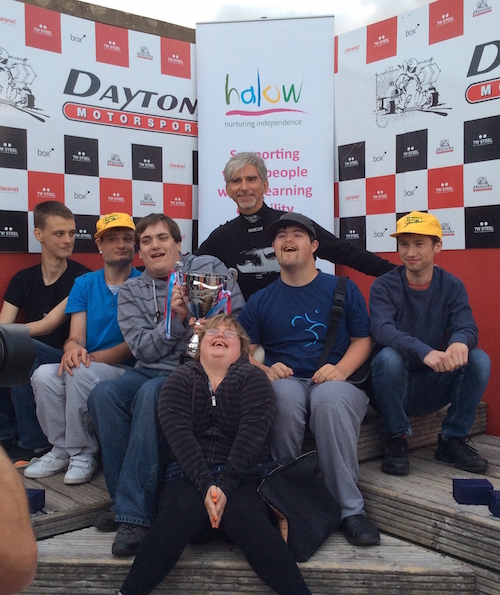 The halow project announced today that it has been chosen as the nominated event beneficiary for this year’s Goodwood Festival of Speed.

The theme of this year’s Festival, which takes place at The Goodwood Estate (June 25-28 2015) is ‘Flat Out and Fearless – Racing on the Edge.’ It celebrates drivers and riders who have thrilled the public with the most audacious and daring manoeuvres over the decades.

“Approaching 200,000 people are expected to visit the festival” commented Ann Kenney, halow Head of Fundraising and Communications. ”The opportunity for our young people to get involved in the festival, and for halow to raise its profile and promote its services to this number of people on such a stage is staggering. It is a game changer for halow and we are absolutely thrilled to have been chosen by Lord March and the Goodwood team.”

Lord March said: “The Goodwood Festival of Speed has worked with a wide range of charitable organisations and we are delighted this year to be supporting the halow project and the work they do with young people with learning disabilities. Helping vulnerable children and young people through our charitable activities is a very important aspect of our work at Goodwood. We are very pleased to be working closely together with halow project patron Damon Hill – a long-time Festival of Speed supporter – on raising awareness and funds for a charity that’s very close to his heart.”

Damon Hill OBE, Patron and co-founder of halow added: “We are hugely proud of what halow has achieved since its launch eight years ago and now, with new support of this magnitude it will allow us to reach even more young people and their families.”

“I have been coming to the Goodwood Festival of Speed for many years and know first-hand what a fantastic event it is for the world of motorsport and for the nominated charities they support. The opportunity halow has been given through its selection as this year’s event beneficiary is significant and we are looking forward to working with everyone involved to make our role in it a success.”

The halow project is a Guildford-based charity committed to supporting young people with a learning disability to have the same life choices and chances as any other young person. From its community based social activities and learning programmes, to its 1:1 personalised support via its Buddy service, halow helps young people to gain confidence, skills and be supported to live as independently as possible.

If you are interested in working with us at this year’s event or would like to make a donation, refer a young person or require further information, please visit: www.halowproject.org.uk or call 01483 447960.

Caring for the carers: Minister joins charities to urge communities to do what they can to support those looking after family and friends