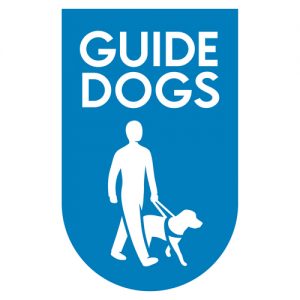 Agreement means guide dogs and their owners who face the trauma of an attack will be dealt with effectively and compassionately, in accordance with new legislation

Guide dog owners whose dogs have been attacked will get support that is tailored to their needs thanks to new guidelines agreed between Guide Dogs and the Association of Chief Police Officers (ACPO).

The Service Level Agreement (SLA) recognises the devastating impact that an attack on an assistance dog has on their owner’s life and will ensure that incidents are treated much more seriously than a dog-on-dog attack.

From today, when a guide dog owner reports an attack, police forces in England and Wales have committed to taking steps such as assigning a named officer to their case and recording the victim as vulnerable, so investigations are tailored around their needs. The full impact of the attack on their guide dog will also be taken into account.

Guide dog owner Jemma Brown, whose dog Gus was attacked so many times he had to be retired, has welcomed the Service Level Agreement. Jemma, from Southampton, said:  “The attacks on Gus were horrible for both of us, but I count myself as relatively lucky as my local police force have been pretty good at helping me.

“It’s nice to know that guide dog owners everywhere will get the same level of attention and support from their local police force at what can be a traumatic time.”

On average, 10 guide dogs are attacked by other dogs every month in the UK, often with devastating consequences for the animal and its owner. If their guide dog cannot work, the owner is left unable to get around on their own, robbing them of their independence. In several cases guide dogs have had to be retired early, which is extremely distressing for both dog and owner and wastes Guide Dogs donors’ money.

Chief executive of Guide Dogs, Richard Leaman, said: “We’re grateful to North Wales and Northamptonshire police forces for listening to us and working with us to put this Service Level Agreement in place, and we’re delighted that every force in England and Wales are keen to adopt it.

“When a guide or assistance dog is attacked, the consequences for its owner are devastating. Our guide dog owners rely on their guide dogs to get around and if a dog can’t work, their owner can be left housebound. But once the physical wounds have healed, a dog attack can also have a dramatic effect on both a guide dog and its owner’s confidence.”

The SLA follows the creation in May of a new offence, under the Anti-Social Behaviour, Crime and Policing Act 2014, of allowing a dog to attack an assistance dog. This offence attracts a maximum sentence of up to three years in prison. During the consultation period before the Act was passed, Deputy Chief Constable Gareth Pritchard of North Wales Police and National Policing Lead for Dangerous Dogs, together with Mr Leaman, gave evidence at the House of Commons.

DCC Pritchard said: “We recognise the devastating effect of attacks on guide dogs. This new offence gives police forces a great opportunity to strengthen how we support victims and improve how we deal with such traumatic incidents.”

Guide Dogs is a UK-wide charitable organisation founded in 1934. Guide Dogs provides independence and freedom to thousands of people who are blind or partially sighted through the provision of guide dogs, mobility and other rehabilitation services. Find out more at www.guidedogs.org.uk

Sense and RDA in partnership to support deafblind riders