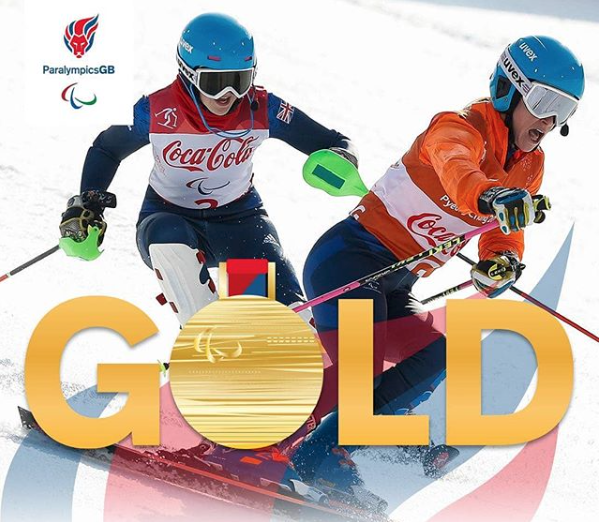 The 2018 Winter Paralympic Games was a rush of high speed events and exhilarating wins for ParalympicsGB at this year’s Games in PyeongChang.

As the colourful closing ceremony took place yesterday (18 March) there will be a colourful journey home of gold, silver and bronze for the team who worked hard to make their mark during the Games.

Not only did ParalympicsGB hit their UK Sport medal target of at least seven medals, the team worked hard to ensure it was the most successful Winter Paralympic Games for Great Britain in recent history.

Winning one gold, four silver and two bronze it looks like Great Britain has a secret talent at winter sports. The medals represent the biggest haul for Great Britiain in winter sports since 1984 and since Lottery funding was introduced way back in the 1990s.

We’re on our way home!

While we fly, relive our PyeongChang 2018: our greatest EVER Paralympic Winter Games
🥇🥈🥈🥈🥈🥉🥉

Visually impaired Alpine skier, Menna Fitzpatrick and her guide Jen Kehoe won gold in the women’s slalom; Millie Knight and guide Brett Wild also finished on a high grabbing two silvers from the downhill and super-G before getting a final bronze in the slalom.

“We were coming into these Games almost not expecting anything and thinking we would come out with nothing and so we’re delighted,” says Millie. “I’ll definitely be back again in four years, we’ve got to win that gold. It’s each step on the way but we’ll get back to training when we are back.”

Today we became Paralympic Silver Medalists. The only way I can sum up how I feel, is by the massive smile on my face! @brettwildskiracer #befearless

Recounting her experiencing of grabbing the gold, Menna adds: “Jen calmed me down, as did the coaches, family and everyone really, we had a giggle and did some singing and just got everything out of the system. We may have been dancing in the start gate.

Our main aim was to just go and have fun and try and beat our previous time, however well Farkasova can ski, that’s something that’s out of our control and we just tried to ski as well as we can. We fought the whole way down, Jen just told me to go from halfway down so we did… We went out with a bang!”

There are good days. And then there are awesome ones. Since I’m visually impaired, my guide Jen is always close by. Come with us and Toyota on our journey to the Paralympics! #seewhatisee #skiingvisuallyimpaired #StartYourImpossible

There is no doubt that this year’s ParalympicsGB team has set the bar high for future Winter Paralympic Games. Even those who just missed out on a medal can hold their head high for the dedication to do well for their country.

For the first time in 20 years ParalympicsGB had Nordic skiers making their mark on the snowy hills of PyeongChang. Scott Meenagh, coming from a military background, and James Whitley were put to the test both physically and mentally to do their country proud. Although not winning a medal it is a proud moment to see Great Britain getting involved in even more winter sports.

It goes to show that even winter based sport for the disabled community is building in popularity from the recent medal wins to the sheer talent that represented ParalympicsGB on the slopes of PyeongChang.

After heightened coverage on Channel 4 even more people are interested and invested in Paralympic sports and, now, the Winter Paralympic Games. It won’t be long until Great Britain is hitting the top of the leader board with a bag full of gold to bring home.

Congratulations to all the competitors at this year’s 2018 Winter Paralympic Games and well done to ParalympicsGB. Until next time.

Millie Knight is skiing for gold at PyeongChang

Winter Paralympics: what to expect in Beijing