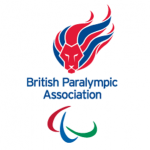 The British Paralympic Association (BPA) has been awarded gold global accreditation in sustainability for its work with EDF Energy at its London 2012 preparation camp.

The sustainable behaviour of Paralympic athletes and coaches and the overall sustainable approach to running the camp, held at the University of Bath just before the London 2012 Paralympic Games, has seen the BPA awarded gold for sustainability from the Council for Responsible Sport (CRS).

EDF Energy has been working in partnership with the BPA since 2010, and through its Greening the Team initiative, helping them become a more sustainable organisation, focusing on a series of three annual multi-sport preparation camps for London 2012.

Tim Hollingsworth, BPA CEO, said: “I am delighted that we have achieved the gold accreditation. It is only the second time that this has been awarded for a multi-day sporting event anywhere in the world – and we have scored the highest marks yet. Our partnership with EDF Energy has been incredibly fruitful, helping the BPA and ParalympicsGB become a leading force in sustainability as well as sport. EDF Energy brought the necessary expertise and rigour to help us become more sustainable. It is now vital that we build on the successes of 2012 including continuing to become a greener team. Further, our partnership with BP Target Neutral helped educate our athletes about carbon offset as well as offsetting all our emissions from our preparation camps.”

Over 200 attendees comprising of athletes and support staff from ten Paralympic sports including wheelchair fencing, archery and sitting volleyball took part in this year’s Camp to prepare athletes ahead of London 2012.

All attendees including Paralympic medallists Danielle Brown MBE (archery), Will Bayley (table tennis) and David Smith (boccia) were encouraged by EDF Energy to live a lower carbon lifestyle when training, competing and at home.

Danielle Brown, gold medallist at London 2012, said: “It’s great to see the work between EDF Energy and the BPA over the past three years culminate with the highest recognition from the Council for Responsible Sport. As an athlete, your approach to training is all about focusing on clear goals and consistently getting the small details right, something which was certainly evident with the experts at the training camps who were working to make them as sustainable as possible. For me, it was apparent in things like the promotion of sustainable behaviour to the athletes and the fantastic recycling facilities across the venues.”

Paul Spence, EDF Energy Director of Strategy and Corporate Affairs, said: “Sustainability has gone hand in hand with sporting success for the BPA. We are delighted to have worked with athletes, coaches and everyone at the BPA to help them win this sustainability gold.

“As the first sustainability partner and electricity supplier for London 2012, our goal was to use the emotional power of the Games to change attitudes to energy use and saving. As they did at the Games, our Paralympians have led the way. We are proud to have helped them deliver the international gold standard.

EDF Energy worked with sustainability expert and professional long-distance triathlete Toby Radcliffe to help the Camp meet the sustainability standards required to gain the CRS gold accreditation, building on work that started in 2010. The Camp was assessed in areas such as waste management, energy efficiency, water consumption, transport, sustainability education and health promotion.

Keith Peters, Executive Director of the Council for Responsible Sport, said: “The BPA, EDF Energy and their sustainability partners definitely went above and beyond this year. In fact, they could have taken full advantage of the silver certification they earned in 2011, which was valid for two years, but they wanted to go into the London 2012 Paralympic Games with a gold-level sustainability effort, and they did. It is a credit to all involved for their commitment to this project.”

EDF Energy and the BPA worked with a number of organisations including the University of Bath and waste management specialist M.J. Church to improve the environmental impact of the athletes’ stay in numerous ways – from promoting recycling facilities and low carbon transport to helping make sure local, organic and fair-trade food was available to the athletes. BP, through its not-for-profit programme Target Neutral, has offset the carbon emissions from staging the Camp. In total, the camps have saved nearly 105t CO2eq in energy consumption, travel and waste diversion. The programme has not only made those taking part in the training camps change their behaviour to be more sustainable, but has also encouraged even better sustainability performance from the venue, the University of Bath, an already high achieving green facility.

One of the biggest outreach projects this year was a community festival held during the camp to celebrate Paralympic Sport, in partnership with the City of Bath. With over 10,000 participants, the event aimed to increase awareness of disabled sports and sustainable behaviour.

The BPA is also EDF Energy’s charity partner. Since the three-year partnership began in 2010 EDF Energy has raised over £600,000 to support the BPA with the Greening the Team project and in its mission to use the power of London 2012 to deliver lasting change in Paralympic sport in the UK. The company’s employees have raised more than £300,000 through their own fundraising, providing vital funds to help provide the best preparations for ParalympicsGB in London 2012 and beyond.