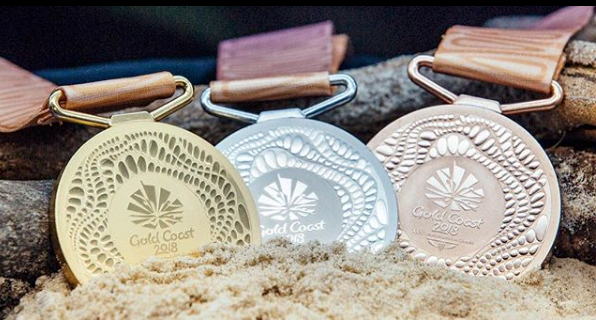 Gold Coast Commonwealth Games 2018 (GC2018) is on track to make history – and it’s not just the athletes that are breaking records.

GC2018 is going to host the largest integrated Para-Sport program in Commonwealth Games history, setting a new record by hosting up to 300 para-athletes, and 38 medal events across seven sports

Para-sport has become increasingly popular in the last few years and has evolved from sport’s little brother to a mega-event in its own right with huge viewing stats – it’s a massive draw for sports fans. It’s unsurprising that two years ago GC2018 announced that its theme was “An Inclusive Commonwealth”. From the offset, the impetus has been on expanding para-sport in the Games.

More events have been added so more para-athletes can attend and new sports will be included, too. It’s the first time a Paratriathalon will be held at the Games (after the success of the first triathalon four years ago) as well as the debut of a wheelchair marathon across the open streets of Australia – encouraging everyone to get involved.

Australian Disability Services Minister Coralee O’Rourke commented that GC2018 was placing a lot of importance on para-sport: “People with disability should be supported to participate in and contribute to all levels of sport, and I am pleased that this has been recognised in time for Gold Coast 2018. People with a disability can achieve amazing things – such as winning a gold medal at the Commonwealth Games – and this program will give them the opportunity to do just that.”

Hopefully this is just the starting point of renewed interest in para-sport. City of Gold Coast Mayor Tom Tate says the expanded GC2018 para-sport programme would set the benchmark for future host cities – Australia has set a gold standard that other Commonwealth Games will build on. “A fantastic legacy from our Games would be for other host cities to also adopt an expanded para-sport program,” he notes. “Having more world-class athletes here competing at the pinnacle of their sport is great for our Games and great for the spectators.”

We caught up with some of the para-athletes ahead of their GC2018 events.

The last few years have seen Hollie go from high to high; she beat her own personal record at the 2016 Summer Paralympics to win the gold medal for javelin throwing and was awarded an MBE for her services to sport at the end of 2017. Born without a right forearm, she has the highest ranking for javelin throwing – in the world. While the 23-year-old had a podium finish at the 2008 Summer Paralympics in Beijing and at the 2012 Summer Paralympics in London, it wasn’t until 2016 that she won gold, and this is the first time she will be competing in the Commonwealth Games for Team Wales.

“This is the first time my event has been in the Commonwealth Games,” explains Hollie. “It’s a bonus to be at the Games. My brother lives in Australia, so it’s going to be amazing to have him and my family all together watching me.”

Her training consists of marginal gains, and her hope for the Games is to beat her own personal best – even if it’s only by a fraction. “I’ve won the Paralympics, so there’s a lot of pressure on me, but I put a lot of pressure on myself, too. I don’t ever want to look back at my career and think ‘what if?’”

It’s not all about gruelling training – Hollie also likes to invest in her personal appearance before competing. “I’m such a girlie javelin thrower,” she admits. “I have to get my nails and toenails done and matching, and have my eyebrows done before an event. It’s important to have confidence in yourself – it rebounds in your performance.”

Congratulations to Hollie who won GOLD at the Commonwealth Games for Wales.

Talking about The A Word

Enable at the BAFTA’s: Writer and comedian Tim Renkow discusses his flashlight to success