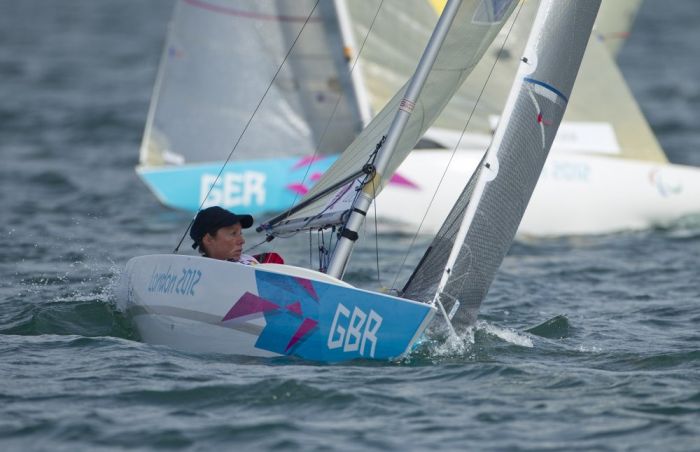 Britain has won two medals on the final day of the London 2012 Paralympic Sailing Regatta at Weymouth and Portland today (Thursday 6 September).

Helena Lucas – the only woman in her class – has won the 2.4mR gold and Alexandra Rickham and Niki Birrell have won SKUD bronze.

Lucas sat in gold medal position overnight, with a nine-point cushion over second-placed Heiko Kroger of Germany, and was guaranteed at least a silver medal, while Rickham and Birrell were sure of at least a bronze.

Lack of breeze in Portland Harbour today meant no sailing was possible ensuring that the overnight positions remained and the medals went to Britain.

Britain hasn’t won a full Paralympic Sailing medal since the sport joined the full Paralympic Games programme at Sydney 2000 but the British Sonar team of Andy Cassell, Kevin Curtis and Tony Downs took gold at when the sport was a demonstration event in Atlanta 1996.