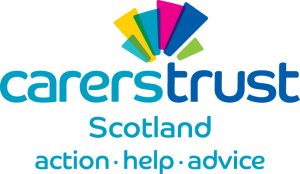 A campaign to recognise and help students who are balancing higher education with unpaid caring for a family member or friend, was launched yesterday (23 September) by Carers Trust Scotland.

The Going Higher in Scotland campaign is calling on universities in Scotland to provide more support to unpaid student carers. Carers are those who care for a relative or friend who, due to illness, disability, mental health problem or addiction, cannot cope without their support.

There are 788,000 carers in Scotland and three in five of us will be carers at some stage in our lives. However there are currently no national records of how many student carers there are in higher education – they are a hidden group.

With Going Higher in Scotland, Carers Trust Scotland is asking universities to:

Going Higher in Scotland aims to make universities and student bodies more aware of the carers studying with them so they can ensure they’re providing appropriate support when needed and helping the carer achieve their potential.

Jayne Baxter MSP for Mid-Scotland and Fife, has lodged a motion at the Scottish Parliament acknowledging the launch of the Going Higher in Scotland campaign, and more than 20 MSPs have supported the motion.

Carers provide an essential service to society but often face difficult choices when trying to juggle studying, work and their caring responsibilities. Higher education can help carers improve their circumstances and life chances, and they shouldn’t be disadvantaged because of their caring commitments.

Florence Burke, Carers Trust’s Director for Scotland, said: “Carers who have the opportunity and ability to go into higher education should not be negatively impacted because of their caring responsibilities. It’s time for student carers’ voices to be heard. The Going Higher in Scotland campaign wants to see student carers being put at the forefront of the higher education agenda in Scotland.”

Carers Trust is a major charity for, with and about carers. We work to improve support, services and recognition for anyone living with the challenges of caring, unpaid, for a family member or friend who is ill, frail, disabled or has mental health or addiction problems. For more information visit www.carers.org/scotland and www.carers.org/goinghigher

A pledge for our MPs