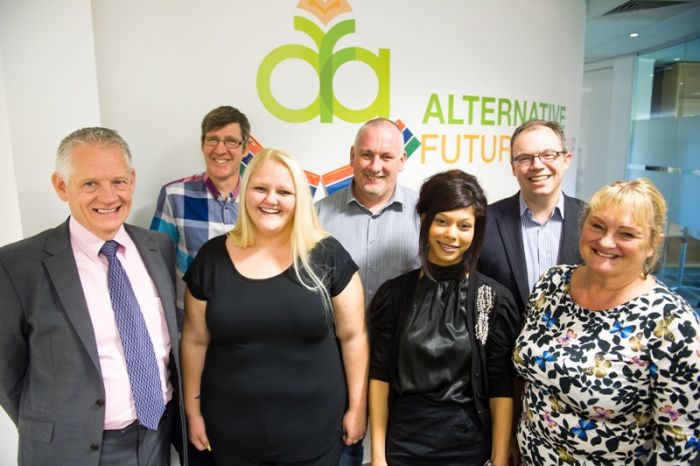 Five support workers from North West based charity Alternative Futures Group (AFG) have been chosen to go on a two week study tour to the Gambia as ambassadors for the organisation.

It’s part of a two year partnership programme with Gambian charity Mobee, which will see the AFG ambassadors share their experiences of supporting people with mental health problems and to help with health and wellbeing matters.

Prior to the study tour, the AFG Chief Executive, Neil Campbell is also meeting the Government Ministers responsible for mental health services in the Gambia.

“This is an exciting and potentially life changing learning and development opportunity. The trip gives our staff an opportunity to develop new skills and techniques and apply them in practice, in a small community within the Gambia.

“This project provides a first rate opportunity for both organisations to work together and raise awareness of mental health issues in the Gambia and to share best practice.

“There has been a real buzz across the organisation and although the AFG ambassadors have been identified, we’ve only just revealed who they are to all staff.”

“Linking up with AFG in this way will deliver real benefits for people both here and in the Gambia where in some cases mental health issues are not even acknowledged.

“The situation in the UK is far from perfect but for people in Africa, who suffer from mental health problems, the associated stigma means some may be denied their basic human rights.”

“I’m thrilled at being given the opportunity to go on this study trip. I look forward to being able to learn about mental health issues in the Gambia and share some of my experiences from working in the UK.

“I hope that as a result of the project, which also involves high level meetings with AFG and senior Government officials that we at least start to change perceptions.”

The first two week study tour to goes to the Gambia on November 23rd, followed by five further study tours scheduled over the next two years.