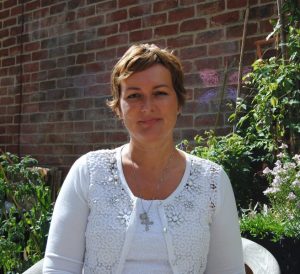 Georgie Hill, wife of former F1 World Champion Damon, has joined the Board of Trustees of halow project, the Surrey-based charity that supports young people with a learning disability to become more independent and lead meaningful, fulfilling lives within the community of their choice.

“I became a Trustee because I feel very passionately about halow and their ethos towards the young people who join us.  I have seen an amazing change in our own son, who has Down’s Syndrome and who has really blossomed since his involvement with halow – I would like to see that in as many young people as possible, and becoming a Trustee is an exciting opportunity to help achieve this.”

Georgie is well known for being vice-chair of the Board of Trustees of the Down’s Syndrome Association and both she and Damon are also patrons of Disability Challengers, another local charity.  Damon is, of course Patron of halow project, while he and Georgie were two of the original founders of the charity, whose name is an acronym of the initials of the young people who inspired it (Harriet, Amber, Laura, Oliver and William)

“We are very pleased to welcome Georgie Hill to the Board” said Chair Matt McArthur.  “Her enthusiasm, commitment and experience gained from her work with other charities will undoubtedly make a valuable contribution to halow. As one of our founding parents Georgie knows well the challenges  our young people face to live independent and fulfilled lives.”

halow is a young, vibrant, organisation  that works with young people aged 16-35 with a learning disability, communication difficulty or special need with varying degrees of severity. halow is passionate that the people it supports have the right to expect the same life experiences and opportunities as any other young person. Find out more at www.halowproject.org.uk