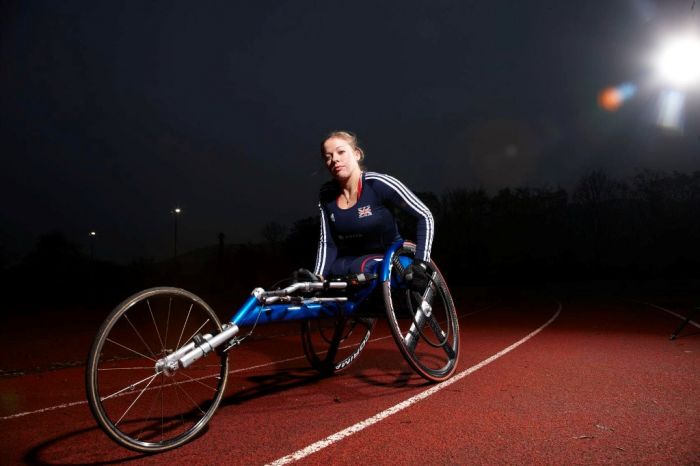 ParalympicsGB chiefs hailed Britain’s great start to the London 2012 Games with the team second in the medal table and more than half way to their target total after “a challenging” first four days of competition.

Britain began day five second to China with 16 golds and 54 medals, ahead of their position at the same stage in Beijing four years ago, having leapt above Australia with a “magnificent seven” golds across five sports on Sunday.

“We had a magnificent seven yesterday. It was an incredible day in gold-medal terms and in overall medals – one of our biggest medal days in recent Paralympic history.”

Great Britain won 18 medals in total on Sunday, with eight silvers and three bronze. The most successful day in Beijing four years ago, 9 September, brought 19 medals with nine of them gold.

With China on 35 golds already, and 87 medals, Briscoe acknowledged that Britain are in a battle for second with Australia, Ukraine, Brazil, Russia and USA.

“China are already 11 gold medals up on where they were in 2008. We could never have predicted that,” said Briscoe, who is the British Paralympic Association’s performance director.

British athletes in 10 sports have already delivered medal-winning performances, but Briscoe pointed out that athletes from more nations than ever before are making the podium as London 2012 marks “an incredible step forward” for Paralympic sport worldwide.

“It’s been an incredible Games so far in terms of world records, Paralympic records, and, critically, in the number of personal bests being set,” she said.

“Fifty-seven nations have won at least one medal and we’re only at day five. Paralympic sport is becoming ever more important globally and the number of nations winning medals reflects that.”

Chef de mission Craig Hunter added that it had been “a challenging first few days” with Britain battling for second spot with a resurgent Australia, who began Monday in third.

“The competition is so much fiercer now,” he said. “Traditionally it might have been said there weren’t great depths in the fields, but there is now.

“We saw that last night when Oscar Pistorius was beaten in the 200m. No one would have expected that. But it’s a mark of how much Paralympic sport has improved.”

Hunter added that the Games marked a breakthrough for the perception of Paralympic sport, with packed venues for all 20 sports.

“Lots of us who have been involved for 20 years never imagined there would be a Games like this,” she said.

Hunter added: “It just shows how far the Paralympics have progressed and the British nation has embrace it like no other.

“Spectators could not get in for one hour before the Sitting Volleyball game yesterday, and it was the same for Will Bayley’s Table Tennis final last night.”

Asked to comment on the controversy following Pistorius’ defeat in the T44 200m final on Sunday night, when the South African favourite and defending champion accused Brazilian winner Alan Fonteles Cardoso Oliveira of running with blades that are “too long”, Hunter said:

“The Paralympic Games are run by the IPC [International Paralympic Committee]. They have their sets of rules, their technical officials and classification systems. They published a statement last night re-affirming the blades are correct. We have to respect the laws of the sport.

“No athlete goes into any event without wanting to win and will use any opportunity to secure a win within the laws of the sport.”

Briscoe pointed out that athletes’ equipment is evolving all the time at Paralympic Games just as it does in Olympic sports.

“Paralympic athletes now have equipment that’s more fit for purpose,” she said. “The technology has to be right for them to be competitive, but it has to be within the rules.

“What we’re also seeing in London are world class venues that allow athletes to deliver the kind of performances we’re seeing. But they can only deliver if they’ve got the talent and potential to deliver them.”

Briscoe picked out Britain’s athletics stars Hannah Cockroft, winner of the T34 100m on Friday, and Jonnie Peacock, who will take on Pistorius and Oliveira in a higly-charged T44 100m final on Thursday (6 September), as two young athletes who came through BPA talent identification programmes.

“China’s talent pool is vast and they are getting more athletes into their Paralympic system,” she said. “We need to continue to work on our talent ID programmes so we get more young athletes like Hannah and Jonnie.

“We hope the London Games will throw the doors right open, that people will look at the opportunities in the coming months and we will find new talent across all 20 sports.”