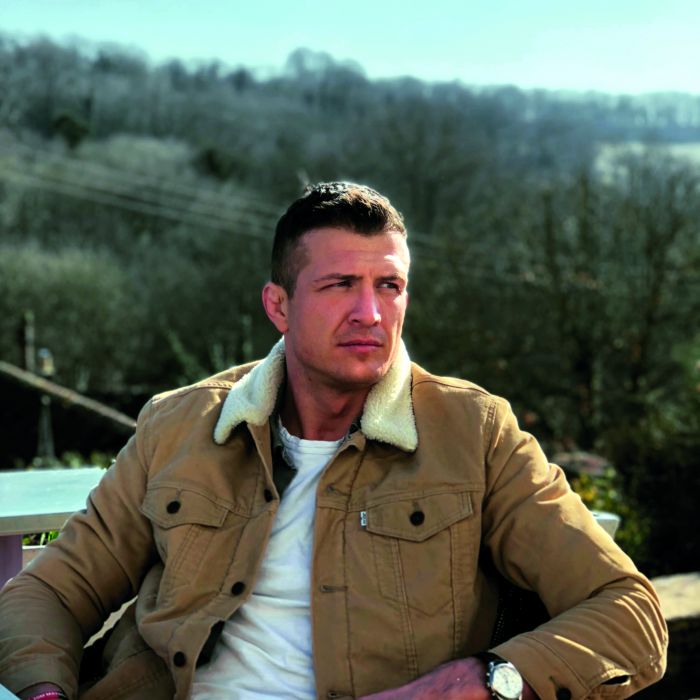 We talk to the former English professional rugby player Ed Jackson about documenting his recovery journey on social media after a serious injury, and climbing Snowdon.

Last year, the former back-row broke his neck diving into a pool and is now a recovering quadriplegic. His spinal cord injury left him temporarily paralysed from the neck down, and documenting his recovery online, made him go viral.

It started with taking voice notes on his phone in hospital after everyone had gone home. “One of my mates was rooting through my phone, being nosey and found my notes – he suggested making it public so it could help people. I thought it would reach a couple of people but it snowballed,” Ed says. “I went into social media hoping it would help people, but I’ve got a huge amount out of it: it probably helps me more than it helps others.

🔉on . Day 309 . Laugh through the crap . I guess the fact that its been 12 days since my last post is a sign that I’m busy. Well in part that’s true however the less glamorous side is that i had guts from hell last week which rendered me useless. It began on Tuesday when a trip to Cardiff was aborted half way around the Bristol ring road due to some unprecedented seismic activity in the nether regions. I won’t go into detail but lets just say that a conventional air freshener wasn’t going to resolve the issue, so a dart for home and damage limitation was the only option. Don’t get me wrong it was both frustrating and demoralising, however i found myself sat in the car laughing. I think i was laughing at how ridiculous it was, but then i was just laughing at the fact that i could now laugh about something like this at all. I suppose what doesn’t kill you makes you stronger, but also what embarrasses you makes you less embarrassable (Edism), and i have certainly faced my fair share of embarrassing situations over the last 10 months. Fortunately this was an isolated event, however it turned out to be the precursor to 4 days of toilet roulette and a temperature akin to your afternoon Americano. . I emerged from the other side of the toilette door just in time to welcome a few mates down for the weekend. Its quite hard to explain but most rugby players will understand that theres something incredibly comforting about getting abused by your mates. Its one of those things that you get so accustomed to that you miss it when its gone. I was asked how long it took after the injury before the piss taking started. Well put it this way, the first present i was brought in hospital by one of my mates, who knew full well i couldn’t move from the neck down, was some juggling balls. He dropped them on my chest and said ‘here you go pal, i thought seeing as you’re gonna be in here a while, you might as well learn a new skill.’ 😳Some may call that insensitive, i thought it was hilarious and it helped me realise the importance of being able to laugh through the crap. An ability that evidently hasn’t deserted me yet. 💩 . P.s. Apologies but this video was too poignant to not re cycle.

When I talked to people in a similar situation, I didn’t feel like I was alone. Although I knew I wasn’t alone, and I wasn’t the only person going through this, I needed to hear I was going to be fine from someone in a similar situation.” For Ed, documenting his journey on social media has been cathartic. “It helps me process what’s been happening to me, and it also gave me something to do when I was in hospital and needed a helpful distraction,” he explains. And his journey and recovery has been amazing to watch.

It’s been a year since his accident and he has two pieces of advice. “Don’t stop moving,” says the former professional athlete. “Even if you can’t move, keep imagining you’re moving. For four days I didn’t move a muscle, but I was imagining I was.” If you don’t move it, you lose it. “My other piece of advice is to get your friends and family involved in your physio,” says Ed.

“You don’t quite get all the time you need in the hospital, so you need to get everyone involved in your recovery. People feed off your motivation and so it’s important to be upbeat.” Another thing that Ed suggests is you take one day at a time. “I sleep a lot sounder if I have a goal or plan for the day, and I complete it,” he says, and advocates compartmentalising and concentrating one small task at a time.

Day 250 . The Wrong Trousers . “I assumed that the main reason i was there to use it was to try and do a backflip. Apparently i was mistaken. I was actually there to feel what walking in a normal gait pattern would feel like again and to hopefully highlight some more areas for improvement… as if i needed any.” . For full post follow 🔗 in bio

April last year saw Ed being told by medical professionals that he might never walk again, so naturally he has decided that he will climb one of the highest mountains in the UK. “It’s not medically advisable,” he admits. “The training is going well. I decided to climb Snowdon in November, and it was good to have a goal to aim for in rehab. Once I found out how much support I had, I opened it up and invited other people to join me.”

Ed is raising awareness and support for the organisations who have offered him support; Restart Rugby, which is funding his rehab, The Matt Hampton Foundation, and the third is the Tom Maynard Trust.

Enable at the BAFTA’s: Writer and comedian Tim Renkow discusses his flashlight to success

Interviews: Under 30, life with MS this MS Awareness Week