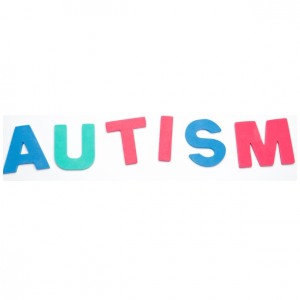 Free training sessions launched by a Shropshire company on World Autism Awareness Day to tackle stereotypes about the disorder have been hailed an “overwhelming success”.

And the popularity of the training initiative launched by Adelphi Care Services has led to the pilot courses being extended until the end of the year.

The Shrewsbury-based company, which supports adults with Autism, Asperger’s and learning disabilities, has even had requests for its staff to go to other venues to run training.

Joe Kwaterski, Business Development Director at Adelphi, said: “We launched our new training programme on World Autism Awareness Day in a bid to tackle stereotypes about the disorder in the general community.

“We felt it was important that we played a part in educating the public and those with a general interest in Autism at a basic level.”

The awareness sessions are three to four hours long and are ideal for frontline staff and parents as well as people such as carers, GPs, dentists, care staff, police, and council employees.

Mr Kwaterski said: “We were amazed at the response we have had to the free training. It is obviously something that people have found very useful.

“Adelphi Care Services is keen to advance local knowledge and understanding of Autism both among the general population and frontline staff who come into contact with people who are on the autistic spectrum.

“Autism is a pervasive disorder that affects tens of millions of people worldwide but often there is sometimes a lack of understanding over how to support those with the disorder.

“Through these sessions we are aiming to increase knowledge and understanding of the condition locally.”

Alongside this free awareness training Adelphi has been distributing 10,000 flyers highlighting 10 basic ways in which people can better treat those with Autism.

Mr Kwaterski said: “It is all about getting rid of the myths and how to respond to and support people on the autistic spectrum.”

In representing Shropshire Partners in Care, Adelphi, which provides a number of residential homes in the county, is a part of the Autism Training and Awareness group set up to explore issues surrounding Autism awareness in the county.

Mr Kwaterski said anyone with an interest in Autism or who might come into contact with someone with the condition through work or socially was welcome to attend sessions run at Adelphi Care’s head office training facility in Harlescott Lane.

He added Adelphi was also happy to run training at other venues if it was requested.

Spotlight: Autism is not a mental illness