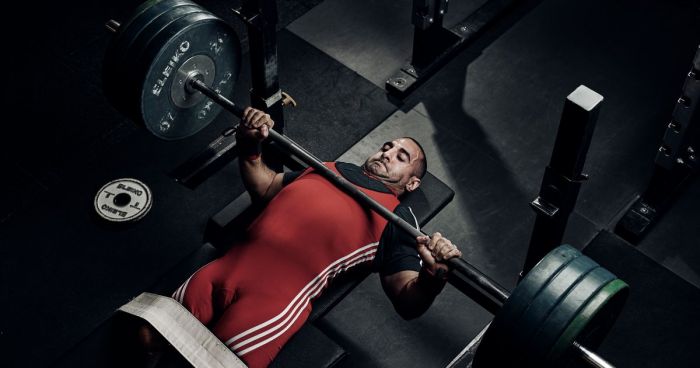 The British Paralympic Association (BPA) today announced that four athletes will represent ParalympicsGB in powerlifting at Rio 2016 in the one of the world’s greatest sporting tests of pure upper body strength.

Ali Jawad, one of the faces of the ‘Supercharge ParalympicsGB’ campaign to galvanise public support for the team, will be aiming for success at his third Games after missing a podium place at London 2012 by the narrowest of margins.

Jawad, 27, was delighted to have booked his place on the plane to Rio, saying:

“My experience at London 2012 was full of highs and lows, but I’ve worked incredibly hard since then in every single area of my performance. It’s paid off with World and European medals, so I’m confident I’m up there with the best.

“The Paralympics are the ultimate competition for us and there’s no room for complacency as everyone wants to go out there and win, but my preparations have been carefully planned to ensure that I peak at the right time.”

“I’ve got very good memories of competing at London 2012 and I’m really happy that I’ve performed well in recent competitions and that I’ve been selected to ParalympicsGB once more. I’m enjoying training and will make the most of every opportunity I have before Rio to give the best performance I can.”

Yule is set to make his Paralympic debut in Rio. A former Staff Sergeant who served with the Royal Engineers, Yule lost both of his legs above the knee when he stepped on an IED in Helmand Province in 2010. He has subsequently been supported into sport through Help for Heroes’ recovery programme.

He said: “I’ve dedicated myself to this sport and have worked incredibly hard to get to this point. To be named as a member of the team today is a great honour, and I’d like to thank everyone that has supported me to reach this point.

“The next few months are absolutely crucial and I’ll be focusing on ensuring I’m ready to go out there are perform. I’m excited to be competing on the biggest platform for powerlifting and to show people what we can do – I’m sure more world records will fall in Rio.”

Natalie Blake was also thrilled to be named on the team for the fifth time, saying:

“It’s a great privilege to represent your country on the biggest stage in our sport, and I can’t wait to go and compete now. I’ve had so much support at home and I want to go out there and make everyone proud.”

“The sheer strength and power of these athletes is incredible; people are always amazed at what our athletes are capable of lifting and I hope that their success in Rio further challenges the way that people view Paralympic sport.

“Huge credit also goes to Tom Whittaker and British Weightlifting for their work to ensure British athletes have remained hugely competitive in their respective classes throughout this cycle. I’m really pleased to welcome these athletes on to the team for Rio 2016.”

“I’m incredibly proud of these athletes, a huge amount of work has gone towards earning their selection to ParalympicsGB. There will be no let-up in our preparations and this intensive work will continue until the day the competition begins.”

Today’s announcement brings the number of selected athletes to a total of 26, across the sports of sailing, judo, table tennis and powerlifting.

Keep up to date with the latest ParalympicsGB team announcements at www.paralympics.org.uk/gb