Sports biggest competition outside the Paralympic Games, the World Boccia Championships is underway in Liverpool; and what an event it has been already. 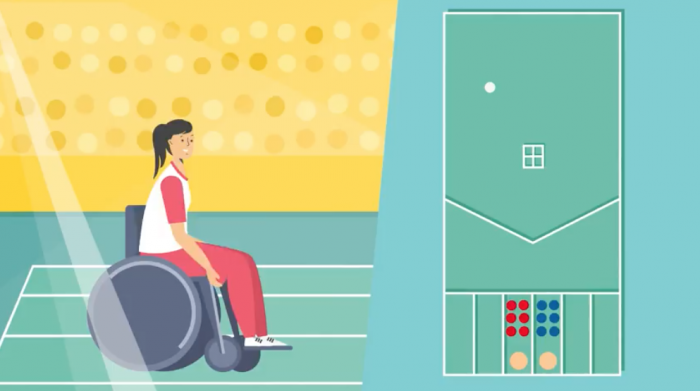 Featuring 190 athletes from 33 countries, competing in seven medal events – four individual and three team – boccia is a sport that is thrilling, fascinating and engaging for people of all abilities. This year’s Championships just goes to show the dedication of athletes competing and adoration of people who enjoy the sport.

Taking place at the Exhibition Centre in Liverpool from Sunday 12 August to Saturday 18 August, medals and records have already been obtained in what is being called the most successful Championship to date (you can watch the Championships here).

Boasting two world No. 1 ranked players, Great Britain’s David Smith is hoping to add his first world title to his collection after winning his first Paralympic individual Gold. Similarly, Stephen McGuire is determined to make up for his 2016 Paralympic disappointment.

2018 could also be the year of women, too. Hong Kong’s Ho Yuen Kei, who is ranked the highest female across all four classes, could be set to break the male dominance of boccia. Winning both her matches on Sunday 12 August, Ho is determined to keep up the pace.

Boccia is one of three Paralympic-specific sports that has no Olympic counterpart. Athletes with severe cerebral palsy and muscular dystrophy affecting all four limbs can get involved with boccia: it is a sport specifically designed for disability.

Played in a similar manner to boules, throughout the match two teams will compete to get their balls as close to the target ball (called a jack) as possible. Throwing, rolling, bouncing or kicking, and in some instances using a ramp for players unable to release the ball with their hands, are all acceptable methods of getting a ball as close to the target jack.

There are four classifications within the mixed sport:

BC1 is for players with cerebral palsy who are allowed to use their hands and feet to play. An assistant is permitted to be on court to pass the ball prior to the throw.

BC2 is a category for athletes who are more able to grip and release a ball. There are no assistants on the court.

BC3 is for players with the highest level of impairment, this can include cerebral palsy or other conditions. Players in BC3 are not able to throw or kick the ball and require the use of a ramp, which is positioned by an assistant who faces away from the jack and is not allowed to turn around until the end of play.

And BC4, where players don’t have cerebral palsy and are able to throw their ball into play.

Gaining in popularity, boccia is a sport that welcomes players of all abilities to get involved. If the thrill of watching athletes perform during the 2018 World Boccia Championships has ignited your passion for competitive sport, find out how to get involved here.