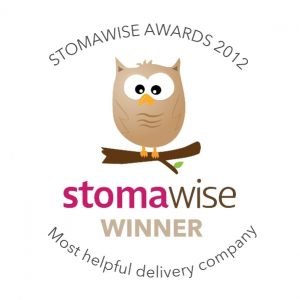 Fittleworth, a medical home delivery company were listed as finalists in November for the Stomawise Golden Owl Awards and have now won ‘Most Helpful / Reliable Delivery Company’ as voted for by their clients for the second time.

After two months of customer voting Fittleworth were met with the happy news in the New Year of winning this prestigious award given out by Stomawise, an internet based support network for people who have a Stoma. There were a total of 5,111 votes, and Fittleworth were up against many competitors. Fittleworth are extremely proud to win the award for the second year running.

Angela Seare, Marketing Manager said “Thank you to all who voted for us this year in the Golden Owl Awards. It really means a lot and the fact that it is our clients voting for us, makes it all the more special.”

Clients were asked if they feel confident that their supplies will arrive, and if their delivery company had gone out of their way to help. If the answer was yes, a vote was cast. Fittleworth will now have the privilege of using the 2012 Golden Owl Awards Stomawise logo for the year ahead.

Angela added; “Not only were we humbled by how many votes we received back, many of our clients had taken the time to write lovely notes of encouragement and praise for our service. We are overwhelmed by the kind feedback and this momentous achievement.”

Fittleworth is one of the leading companies dispensing Stoma, Continence and Wound Care appliances direct to customers’ homes across the UK. It has a large customer database of people suffering from a range of illnesses including bowl cancer, Crohn’s disease and ulcerative colitis as well as continence conditions that require the use of catheters to empty their bladder. The company has 34 Care Centres across the UK and started in 1984 in a small garage in the Sussex village of Fittleworth. Its success is based on providing national coverage while ensuring a local feel and presence is retained.