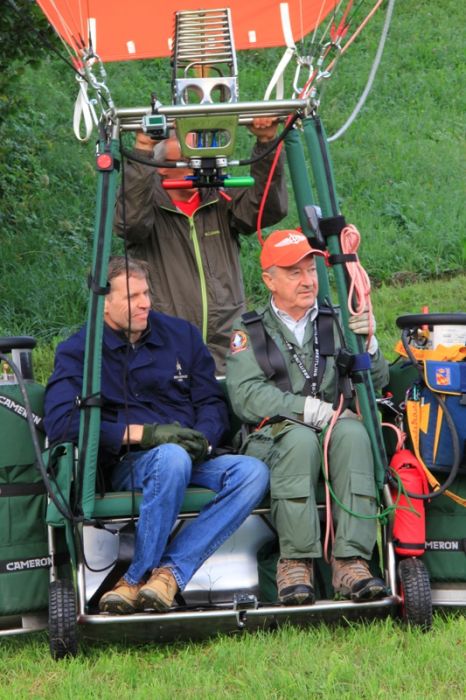 Former RAF Pilot, Tim Ellison, has become the first qualified disabled balloon pilot in Europe when he passed his General Flight Test in balloons following a course of training in Northern Italy recently thanks to a partnership between Help for Heroes, Air League and Aerobility.

Tim was an exceptional student due to his existing skills and experienc as a Harrier pilot in the RAF, with his instructor, Brian Jones, who is founder of Orbiter Balloon, an Aerobility Ambassador and celebrated balloonist, saying: “whilst Tim was a joy to train, in reality we were partners working together to prove the concept of ballooning as an inclusive sport.”

Tim has amassed 2,500 hours of military jet time and served as a Harrier weapons instructor during 11 years in the RAF. However, an engine failure in May 1992 whilst hovering at 120 feet — too low for Tim to eject — left him paraplegic.

Disregarding what he’d been told by the doctors and specialists, he set out to prove them wrong, setting his heart on once more becoming a pilot. However, he was told by British aviation authorities that, because of his paraplegic condition, he was ineligible for an aviator’s license. Undeterred, he travelled to America, where he passed the required flying tests and achieved certification as a commercial pilot, and in doing so he became the first paraplegic in the world to gain an Airline Transport Pilots Licence.

Having achieved his dream of returning to the cockpit, his focus shifted as he wanted to help other disabled people take to the skies. He had a vision of setting up a training facility dedicated to teaching those with disabilities to fly and also to change the laws in the UK, to enable disabled pilots to obtain licenses. This saw Tim return to the UK and, with a number of other disabled pilots formed the British Disabled Flying Club (BDFC), which later became the Charity Aerobility. 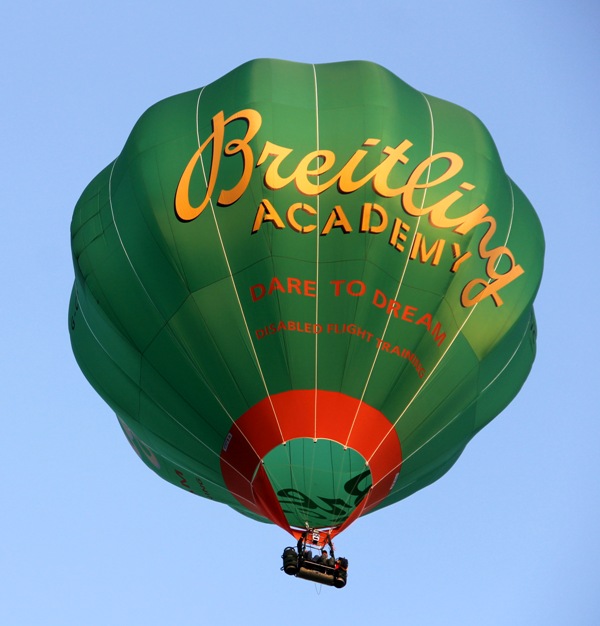 Martin Colclough, Head of Sports Recovery at Help for Heroes said: “Tim is an inspirational person who continually pushes against the constraints of what he’s been told he is able to do, absolutely determined that he will soar to greater heights, resolute in the belief that his life should not be dictated by his injury.  Everyone at Help for Heroes would like to offer our heartfelt congratulations to Tim for an extraordinary achievement. Additionally, many of Help for Heroes’ Band of Brothers (which is a support network for wounded service personnel and veterans) enjoy the freedom flying brings thanks to Tim’s relentless work to open to the skies to disabled pilots in the UK – Thank you Tim!”

Mike Miller-Smith, Chief Executive at Aerobility comments “We are really pleased that Tim and his instructor Brian Jones (himself an Aerobility Ambassador) have been able to prove that the balloon pilot’s license for a disabled person is not only possible but also practical. Tim was a founder member of Aerobility and has been instrumental in making it possible for disabled people to hold a pilot license in fixed wing aircraft in Europe, and it is great that we are all working together to develop this unique and magical form of flight, making it accessible to all.”

Help for Heroes offers comprehensive support to those who have suffered life-changing injuries and illnesses whilst serving our country.  For more information on the charity, visit www.helpforheroes.org.uk.

Aerobility is a registered charity offering disabled people, without exception, the opportunity to fly an aeroplane.  Aerobility removes barriers and offers disabled people a real sense of achievement and life changing freedom. For more information, head to www.aerobility.com