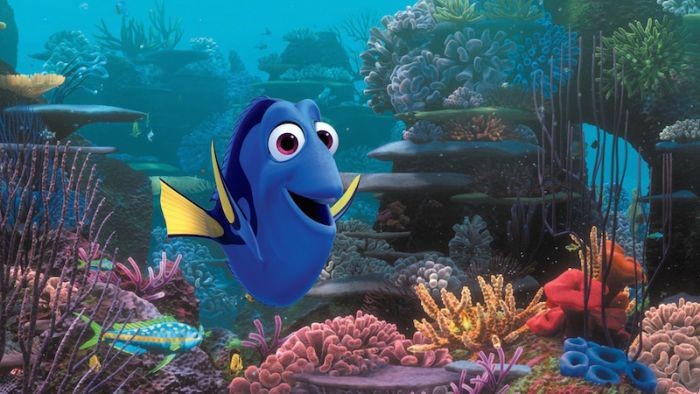 Finding Dory, the long awaited sequel to Finding Nemo, is set to become the highest-grossing animated debut of all time – and, while reaching millions of film fans, it’s putting disability centre stage too.

Early estimates say that Finding Dory will haul in an impressive $130 million in its opening weekend alone.

Critics have labelled the Pixar film as ‘box office gold’ thanks to the all-star cast and jaw-dropping visuals. But reviewers have also been quick to praise the film’s take on important topics such as disability, adversity and confidence.

The film’s creators have succeeded in making a series of strong, unique and lovable characters. Yet it’s title character Dory who will really blows us out the water, say critics.

The forgetful fish, played by Ellen Degeneres, proves that disabilities aren’t the same as limitations. Dory has a severe memory issue but is also loyal, friendly and kind. In short she is a fantastic role model. “She develops coping mechanisms, gets help where she can, forges ahead when help isn’t available, and succeeds in her own terms,” said reviewer Tasha Robinson at The Verge.

“Finding Dory’s real emotional power comes from Dory’s relationship with her memory condition,” wrote Robinson. “And here, the film is exceptionally smart and careful, both about dealing with disability personally, and about dealing with other people. Dory’s forgetfulness clearly exasperates and frustrates Marlin, but the film never portrays that as Dory’s problem; it’s up to him to learn tolerance.”

Robinson added: “Many kids won’t notice the message: Finding Dory doesn’t explain it in patronizing detail. But it’s likely to hit home for the viewers who most need it, and identify most closely with the story.

The praise for Finding Dory is at odds with the response to the controversial movie, Me Before You. The story of a quadriplegic man and his carer, released earlier this month, was met with outrage from campaigners who accused moviemakers of creating and promoting a “disability snuff film”.

But hopefully Finding Dory proves that the fight for fair representation in pop culture isn’t a lost cause – and that we should expect even more portrayals of disability from Hollywood in the future.

Are you looking forward to watching Finding Dory? Let us know your thoughts over on Twitter!

The Theory of Everything… and accessible homes and environments