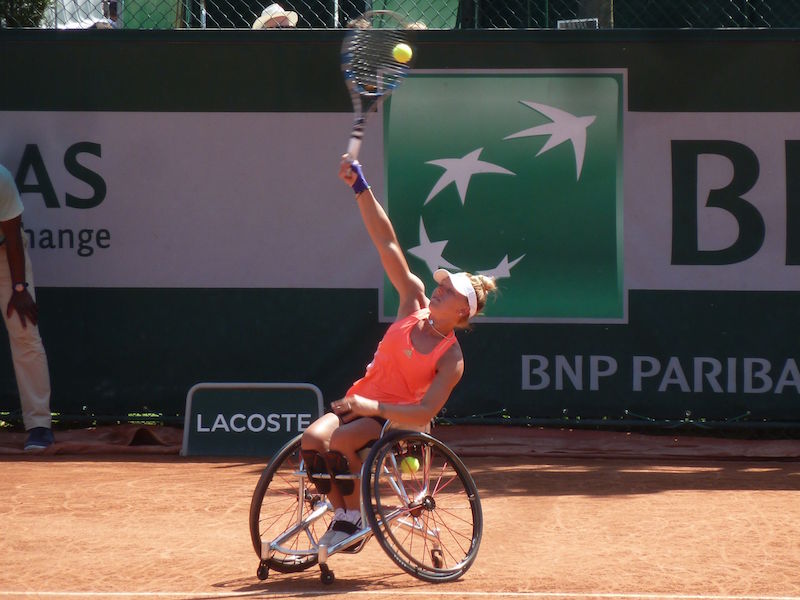 Two of the UK’s most talented disabled sportswomen have secured vital sponsorship to help them pursue their international careers.

Knowing the difficulties that disabled athletes face in funding their training and competitive activities, the company offered the duo support which includes specialist insurance to protect them and their equipment. It was also keen to help further raise the profile of disability sports in the UK and encourage other businesses to back up and coming athletes.

Halesowen-born Jordanne, 22, who now lives in Ickenham, Middlesex and has already won four international championship titles this year, welcomed Fish’s support, saying: “Disabled people can really struggle to get appropriate and affordable travel insurance, especially from mainstream insurers. My situation is even more complicated because I travel with a special sports wheelchair, a full set of tools in case it breaks plus all my tennis kit.

“Thanks to Fish I now have the reassurance of knowing that should anything go wrong, I’m covered. 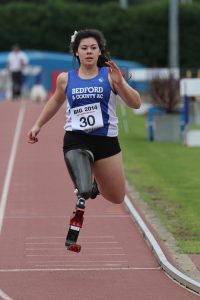 Sprinter Julie, 16, of Bedford, is equally grateful. Born without the tibia and fibula in her right leg, as part of her sponsorship deal her high-tech prosthesis is protected under what is the UK’s first and only Prosthetic and Orthotic insurance policy.

The world number four T42 100m runner explained: “I’m not sure people realise how expensive prosthetics can be. Mine cost over £10,000 and some can cost six or seven times that. For me, in sport, and others who rely on prosthetics to maintain active lifestyles, it’s vital that they are protected. I’m pleased and proud to have become one of the first in the UK to benefit from Fish’s dedicated prosthetics policy.”

Having agreed the sponsorship deal Jordanne and Julie have pledged to keep disability sports fans up to speed with their progress through regular postings on The Hub, a disability news blog featured on Fish’s website.

The company’s managing director, John Garrard, says he’s delighted to have been given the opportunity to back the duo. “Both Julie and Jordanne have already achieved so much but clearly have much more to give to fans of Paralympic and disability sports generally. It’s a privilege to be able to support such committed and talented athletes.”

Having first picked up a racquet aged just three, Jordanne is a three time British National Champion who took Bronze at London 2012 Paralympics to become the first British woman to win a wheelchair tennis medal.  This year she took both singles and doubles titles at the USN Bolton Arena Indoor Wheelchair Tennis Tournament as well as winning the Doubles titles at both the Australian and Japanese Opens.

Julie first entered the disability sports arena through sitting volleyball, playing for Team GB in the London Paralympics. After the games she switched to the 100m and after just one competitive season was ranked fourth in the world within the T42 classification.