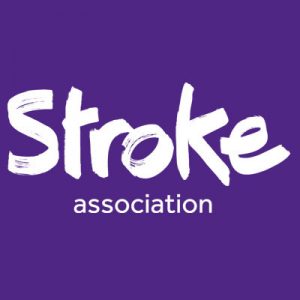 Too many stroke survivors and their families are abandoned when they leave hospital and left without the support they need to help them cope with the emotional impact of stroke. A new report published today (Wednesday 1 May) by the Stroke Association reveals that the emotional impact of the condition can be as devastating as the physical effects.

The charity’s report, Feeling Overwhelmed, is based on the findings of a survey(i) of over 2,700 people affected by stroke. While hospital care is rated highly, the emotional strain on survivors and their families when they return home is underestimated and often overlooked by health and social care services, leaving people inadequately supported.

Jon Barrick, Chief Executive of the Stroke Association said: “Stroke leaves survivors and families shocked, shaken and anxious as their lives are often irreversibly changed in an instant. There are over one million stroke survivors living in the UK and with an aging population this figure is only set to increase.

“Better recognition by health and social care professionals of the impact of stroke will help people to be properly assessed and get the right support.”

The report also reveals that stroke causes an emotional shockwave for carers. They say that the emotional effects of caring are the most difficult aspect to cope with;

Professor Reg Morris, Clinical Psychologist at Cardiff and Vale University Health Board says: “Depression, anxiety and fear of another stroke are common feelings amongst those touched by the condition and in the most extreme cases people can be left feeling suicidal. Better recognition of the emotional effects of stroke by health and social care professionals is essential in order to address the need for integrated psychological support for survivors and their families. We know that with the right emotional, psychological and physical care more stroke survivors will have the opportunity to make their best possible recovery.”

The Stroke Association is calling for:

The report marks the start of Action on Stroke Month 2013. To find out more, please visit; www.stroke.org.uk/strokemonth

The Stroke Association offers a range of services for stroke survivors to support them in their life after stroke. For more information on stroke and support available contact the Stroke Helpline on: 0303 3033 100.

A stroke is a brain attack which happens when the blood supply to the brain is cut off, caused by a clot or bleeding in the brain. Around 150,000 people have a stroke in the UK every year and it is the leading cause of severe adult disability. There are over one million people in UK living with the effects of stroke.

The Stroke Association is a charity. We believe in life after stroke and we’re leading a community of people to change the world for people affected by stroke. We work directly with stroke survivors and their families and carers, with health and social care professionals and with scientists and researchers. We campaign to improve stroke care and support people to make the best recovery they can. We fund research to develop new treatments and ways of preventing stroke. The Stroke Helpline (0303 303 3100) provides information and support on stroke. More information can be found at www.stroke.org.uk

Disabled consumers should be “bold and loud” about their spending power, says independent commission