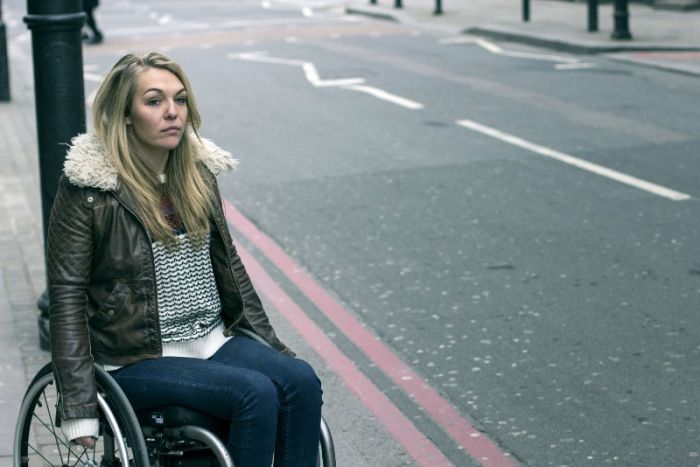 Ten years ago, I was 18 and about to leave school. I had just received my A-Level results and was at a party celebrating my impending freedom and independence. As the party wound down a group of us piled into my car and I took the driver’s seat, sober and seat belted. A few moments later I was speeding along the country lanes as fast as I could, the music was blaring and all of us were singing and dancing as I screeched around every corner. That’s the last thing I remember.

I lost control of the car and it flipped into a neighbouring field, rolling repeatedly until we stopped, tangled in barbed wire on our side. My friends were uninjured and managed to climb out of the wreck, but I was trapped. I had fractured my skull, shattered my check, flattened my nose, broken both jaws and snapped my collar bone. I had also damaged my spinal cord, and was therefore a complete paraplegic from the chest down.

Despite the severity of my injuries I would have to say that my physical recovery was relatively quick. Following two eight-hour operations, I spent a further four months in hospital learning to regain my independence. My rehabilitation included everything from learning to dress and wash to transferring in and out of a car or bath, but ultimately each task became a challenge I had to overcome to get home again, regain my independence and my life.

Of course, following a life-changing accident like mine, all perspective changes, and any initial life plans I had had quickly changed. I swapped law school for art school and shortly after leaving hospital I enrolled in a foundation course near where my parents lived.

In many ways I have not looked back since and my life post-accident has been extraordinary to say the very least. I went on to study art at the prestigious Goldsmiths College in London, and I’m now completing a Masters in Integrative Arts Psychotherapy. I also run my own company, Sophie Morgan Creative Ltd, which pioneers integrative creative design solutions. I’ve traveled the world too, driving through the Himalayas one day, speaking at conferences in India the next, and have learned to ski, sky dive, swim and smile all over again!

I’ve also been lucky enough to have forged an unexpected career in television. Following an appearance in two high-profile BBC productions (Beyond Boundaries, BBC2, in 2004 and Britain’s Missing Top Model, BBC3, in 2008), I’m now working as a presenter and filming a documentary for BBC3.

Due to air later tonight, I’m exploring the fact that the biggest killer of young people in the UK is driving. Having had firsthand experience of the realities of dangerous driving, the channel commissioned the documentary to try and understand more fully why young people are dying on our roads, and invited me to explore my own accident and its consequences.

For the first time in 10 years, I’m delving into my past and it has been extremely challenging at times. Having spent months with young people who have been affected by dangerous driving, I’ve started to think differently about blame, guilt and even responsibility.

I understand that I was not only a naive and inexperienced driver, but cocky and self-assured. But having lived with the responsibility of causing my disability for so long, I’ve found peace and forgiveness for my reckless and dangerous actions that night. I blame myself.

But the fact remains that more young people are killed by driving than anything else. Something is going horribly wrong. Is there someone else at fault?

If we understand that young people are vulnerable then surely we should take this into consideration and improve their driving education? Research has shown that more accidents are caused by behavior and attitude than practical or technical failings, and yet young people continue to be taught only the technicalities of driving, without full consideration given to the state of their moods. It’s not just your hands and feet that drive, but your mind also.

The stories of the young people involved in the documentary are all different, but they throw up so many similar questions. I hope you are able to tune in when it airs on BBC3 to find out the conclusion we draw.

It has been an amazing journey, not only of self-discovery, but of the wider issues facing drivers across the country and I hope it affects some lasting permanent change, because if anything, I hope that others can learn from my mistakes.

So what next? More campaigns for road safety of course, as well as studying, making art, adventuring, getting married and more TV work. There will of course be the inevitable intermittent health problems and complications, but for the time being I’m trying to never let my disability hold me back, but instead be the catalyst for change, an opportunity for creativity and a reminder to live my life to the full despite my restrictions. As my hero Frida Khalo said: “Who needs feet to walk, when I have wings to fly?”