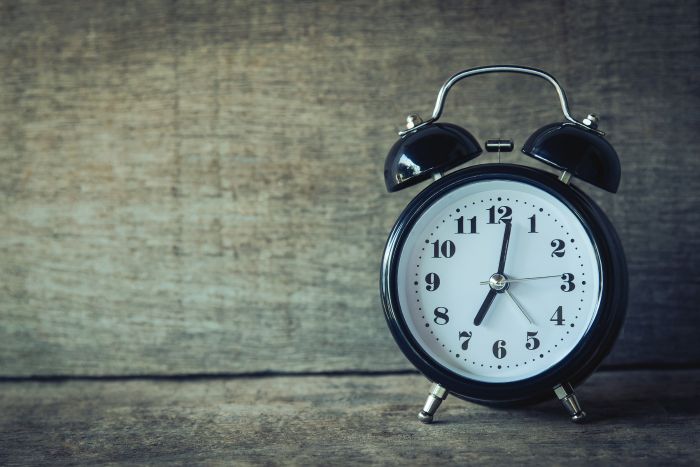 Mornings are never easy. From alarms not going off to bad traffic to getting the kids up, ready, and out the door – we’ve all had late mornings. And for people with disabilities and long-term illnesses, the morning rush can be even more difficult to manage.

Earlier in the year, schools in England and Wales announced that they would be introducing a fine if children are consistently late for school. If pupils are registered as being late more than 10 times, schools can take it upon themselves to fine parents up to £120. School and councils feel that the penalty will encourage parents to get their kids to arrive more promptly. Phllip White, Staffordshire County Council’s cabinet support member for learning and employability explained to The Independent why he supported the fine: “children should go to school every day, because absence affects their performance and is disruptive for the rest of the class while they’re catching up.”

However, the penalties have had a major backlash from parents and former educators. A former school governor told LBC Radio that the fines wouldn’t solve the problem of lateness and instead only serve to punish families that are juggling different work start times and single parents. She called the fines a “typical example of lack of understanding of what is actually happening in our schools.”

The fines are also a typical example of the government not taking into consideration parents with disabilities or long-term illnesses who may be unable to get their kids to school on time due to their conditions.

In The Guardian, one parent, Michelle Harris, wrote about her experience of being penalised because of her son’s lateness. Michelle has pseudoachondroplasia, a condition meaning she has restricted growth and therefore restricted mobility. At 3ft 6in, she has misalignments in her joints and hips as well as curvature of the spine which causes her chronic pain. Because of this, she is often late to drop her son of at school. She writes: “the lateness doesn’t reflect my efforts. Some mornings I limp from my bed to the car, push through the pain and apologetically arrive flustered and anxious at my son’s school gate at 9:15am.”

Michelle is being fined £410 for her son’s lateness and despite trying to get an appeal, she is still being forced to pay the full fee. A single mother, with no support network and little family around her to help, Michelle feels like she’s being punished for her condition. “Disabled parents deserve to have equal rights to access services,” she writes, “Not be fined and told to get on with it.”

In her article, Michelle urges schools, welfare officers, and councils to work together to find a solution that doesn’t unfairly punish people with disabilities. She says that the fees show that the government do not take disability into account when making laws and legislation.

What do you think of Michelle’s article? Do you think schools should make extra allowances for parents with disabilities? Let us know on our Twitter poll!

Disability and public transport: Podcast asks if enough is being done