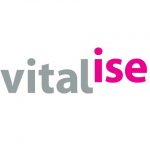 Leicestershire woman Claire Lomas has been named the Vitalise Woman of Achievement 2014 at a gala award ceremony in Birmingham today.   Claire received the illustrious award in recognition of her heroic battle against a severe spinal injury to become the first paraplegic person to complete the London Marathon in 2012.   Claire took 17 days to complete the Marathon with the assistance of a robotic suit and raised over £200,000 for spinal injury research in the process. In recognition of this she was invited to light the Paralympic Cauldron in Trafalgar Square in the presence of the Prime Minister.   Claire takes over from the current holder Margaret Humphreys, from Nottingham, who exposed the scandal of the British Government’s Home Children programme and founded the Child Migrants Trust, enabling former child migrants to reclaim their identities and locate their long-lost families.   Former winners of the Vitalise Woman of Courage or Achievement Award include Martine Wright, who overcame the horrific loss of both her legs in the 7/7 terrorist bombings of 2005 to rebuild her life and compete at the London 2012 Paralympics, and Katie Piper, whose personal story My Beautiful Face inspired millions.   The 32nd annual Vitalise Women of the Year luncheon and awards ceremony was presented by Arti Halai, formerly of ITV’s Central News, and took place at the Hilton Birmingham Metropole Hotel, NEC on 10 October 2014.   Former Woman of Courage and disabled yachtswoman Hilary Lister, who became the first ever quadriplegic person to sail solo around Great Britain, also attended the event to congratulate the winners.   The gala event was in support of the charities Vitalise, Alzheimer’s Research UK and Ladies Fighting Breast Cancer. Proceeds from the event will be divided between the three charities.   Vitalise Chairman Mindy Sawhney, who also delivered a speech at the event, commented: “Congratulations to Claire on your well-deserved accolade. Claire’s story strikes many chords with the work of Vitalise, since, like Vitalise, she clearly focuses on what she can do, not what she can’t, and this is something we always strive to do for the people with disabilities who come to Vitalise for essential breaks. We see the person, not the disability.   “I would like to thank all the women who attended this fantastic event for their support of Vitalise. Your generosity will help us to continue and expand our vital work supporting people with disabilities and carers from the Midlands and across the UK.”   Pauline Edden, Board Director of the Vitalise Woman of the Year Awards, said: “This incredible woman is fully deserving of her award. Women face many obstacles in their struggle to excel, but Claire really stands out as an example of what can be achieved. She is proof that if we never give up pursuing our dreams, we can achieve anything.”   Miranda Johnson, Head of Corporate and Community Partnerships at Alzheimer’s Research UK, said: “We are thrilled to be chosen once again as one of the charities to benefit from the Vitalise Women of the Year Luncheon and Awards. Every £20 donated towards our work will pay for another vital hour of pioneering research, bringing us closer to finding ways to diagnose, prevent, treat and cure Alzheimer’s disease and other forms of dementia.   “There are over 830,000 people across the UK living with dementia today. Dementia poses one of the greatest threats to public health now and in the future but funding still lags significantly behind other serious diseases. We rely on our wonderful supporters to fund our world-class research and the money raised from the Vitalise Women of the Year Luncheon and Awards will make a big difference.”   Veronica Kumeta, Co-Founder and Chairman of Trustees of Ladies Fighting Breast Cancer, said: “Celebrating successful women is a fantastic thing, and something that Ladies Fighting Breast Cancer is happy to support. Congratulations to all of the nominees and winners but, most importantly, thank you to the organisers for choosing to support to our #1millionappeal.   “Our charity is run by volunteers so all donations go directly to the cause, and the money raised from the Vitalise Women of the Year Awards will help us introduce ‘soft services’ that go beyond the means of the NHS at the Queen Elizabeth Hospital Birmingham. Having already funded over £1million worth of equipment this is the next important step in the patient journey.”   The Vitalise Women of the Year Awards honour women’s outstanding individual achievement in all professions. In addition to the Woman of Achievement Award, the Vitalise Businesswoman of the Year Award recognises outstanding achievement in the sphere of business and provides positive role models to encourage other women to enter the business arena.

Vitalise has been a beneficiary of the awards since the event’s foundation. Vitalise is a national charity providing essential services for disabled people and carers. Vitalise provides short breaks for disabled people and carers, with 24-hour nursing care on-call and personal support, at three accessible Centres in Essex, Southampton and Southport. All of Vitalise’s Centres offer a wide range of activities and excursions. For more information visit www.vitalise.org.uk